Another disappointing week in Fantasy Football saw Blurrton Albion score a poor 28 points, triggering a final decision on whether or not to use the wildcard. After so many weeks with a lack of progress and a bottom of the table finish looming, it’s certainly time to change the team and move towards a new approach for the team.

If you need a reminder of what it is we’re trying to accomplish, click here.

Romelu Lukaku was the top scorer for Blurrton Albion this week, with his captain’s bonus earning the side 12 points after he scored against Huddersfield. Goalkeeper David de Gea added a further 6 after his clean sheet in the same game, meaning two players contributed 18 of the 28 points.

Nathan Ake, Mesut Ozil, James McArthur and Laurent Depoitre all played the full 90 minutes in their respective games, earning them 2 points each, whilst Andy Robertson, Angelo Ogbonna, Willian and Dele Alli all picked up 1 point after either conceding goals (Robertson, Ogbonna), getting booked (Alli) or not playing enough minutes (Willian).

Tiemoue Bakayoko managed to get himself sent off after only half an hour as Chelsea lost 4-1 to Watford on Monday night, earning him -2 points and a suspension. Luckily for us, the suspension means he won’t be re-signed when the new team is chosen. The entire bench, of Phil Jones, Marcus Alonso and Alexandre Lacazette, scored 0 points. Captain Jones paid the price for his poor performance in the previous match, against Spurs last Wednesday, by being dropped to the bench by Mourinho and therefore scoring us 0 after not playing a single minute. 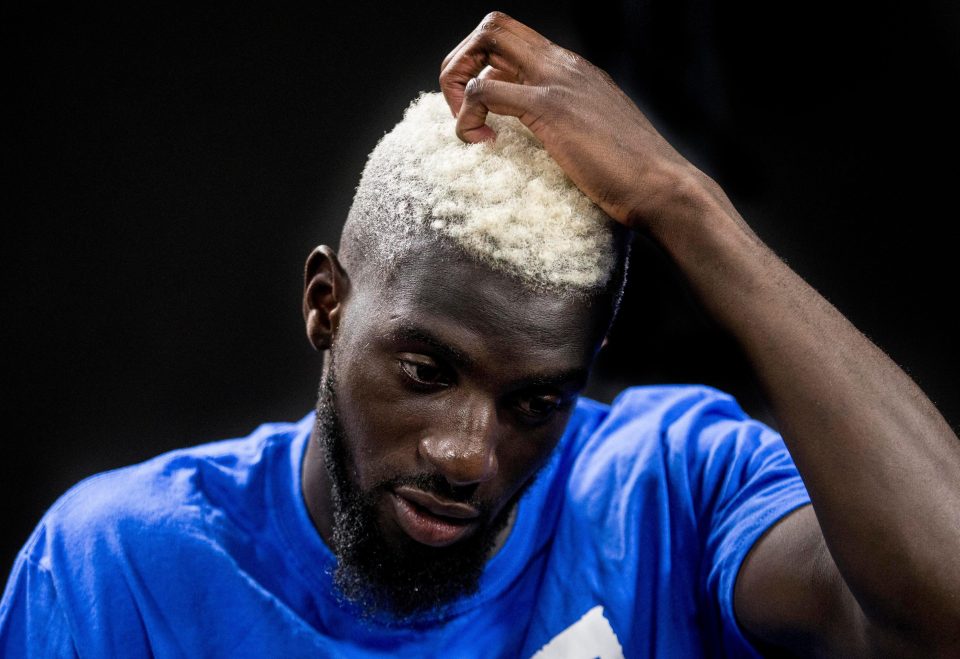 With so little success in recent weeks, we decided it was time for a wholesale change to the team. With the wildcard allowing us to change every single player, that’s what we went ahead and did!

We used a similar methodology as when we initially set this up: any player who is suspended or injured won’t be included, and of course we will stick by the rules of the official site too. We found a lot of players who Opta classify as attackers are classified by the official fantasy football site as midfielders, meaning we had an overdose of talented and much-discussed “midfielders”, but I think we have an impressive squad thanks to the Sports Hub’s easy organisational structure and the ability to filter by position. 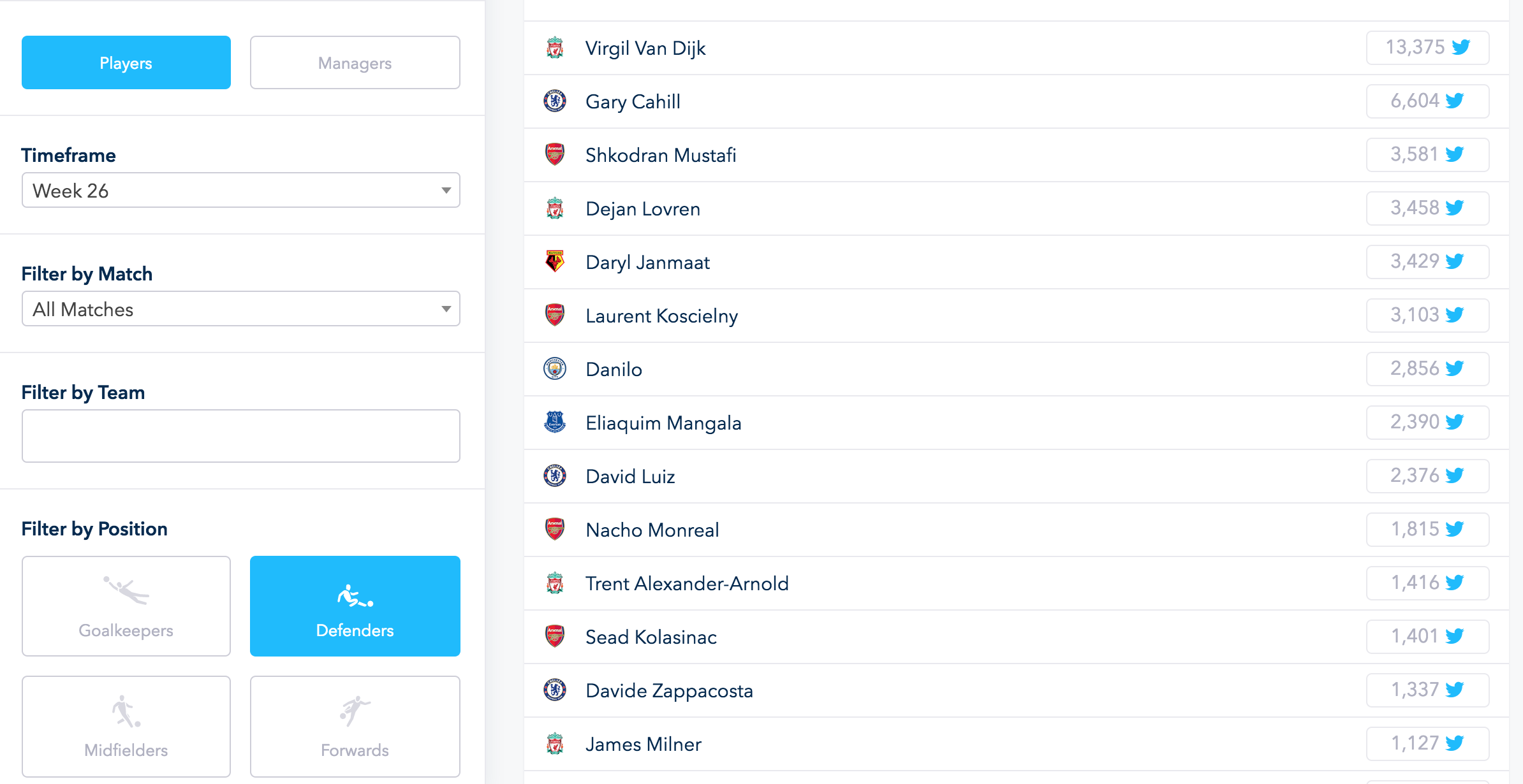 Pierre-Emerick Aubameyang (46,766 tweets) was the second most talked about player this week and will be placed straight into the new team, thanks to the fact that the much-maligned Bakayoko will be suspended. Aubameyang made a great first impression on English football, but two other debutants will also be joining up with Blurrton Albion after enjoying great debut performances. Alexis Sanchez (41,528 tweets) and Henrikh Mkhitaryan (30,558 tweets) will be added to the Albion midfield, with Sanchez taking on the vice-captaincy behind Aubameyang. One of the top scorers in the game, Mo Salah (41,308 tweets), will also be linking up with the side, giving the team a devastating midfield combination.

To add some balance we then added in the most talked about defender, which this week was Virgil van Dijk (13,375 tweets). The Liverpool centre back will hopefully contribute plenty of points as the season progresses and he settles into his role. He will be joined by team mate (and, hopefully, fast improving) Loris Karius (10,673 tweets) in goal, as well as Chelsea centre back Gary Cahill (6,604 tweets), arguably the weakest link in our new look side.

We also needed cheaper options in midfield, so added Victor Wanyama (12,125 tweets) and Scott McTominay (7,897 tweets), who performed well at the weekend. Wanyama scored a screamer, whilst McTominay received plenty of plaudits after his impressive display. Two Watford players were the next to help on the road to cheapness, with Troy Deeney (6,588 tweets) and Daryl Janmaat (3,429 tweets) taking their places in the squad after they helped their side to an impressive victory over Chelsea. Danilo’s (2,856 tweets) strike for Manchester City sees him added to the defence, alongside Eliaquim Mangala (2,390 tweets), whose debut left much to be desired from an Everton point of view as they conceded 5 to Arsenal. Finally, Javier Hernandez (1,910 tweets) will take the final striking position in the squad after he scored for West Ham against Brighton. 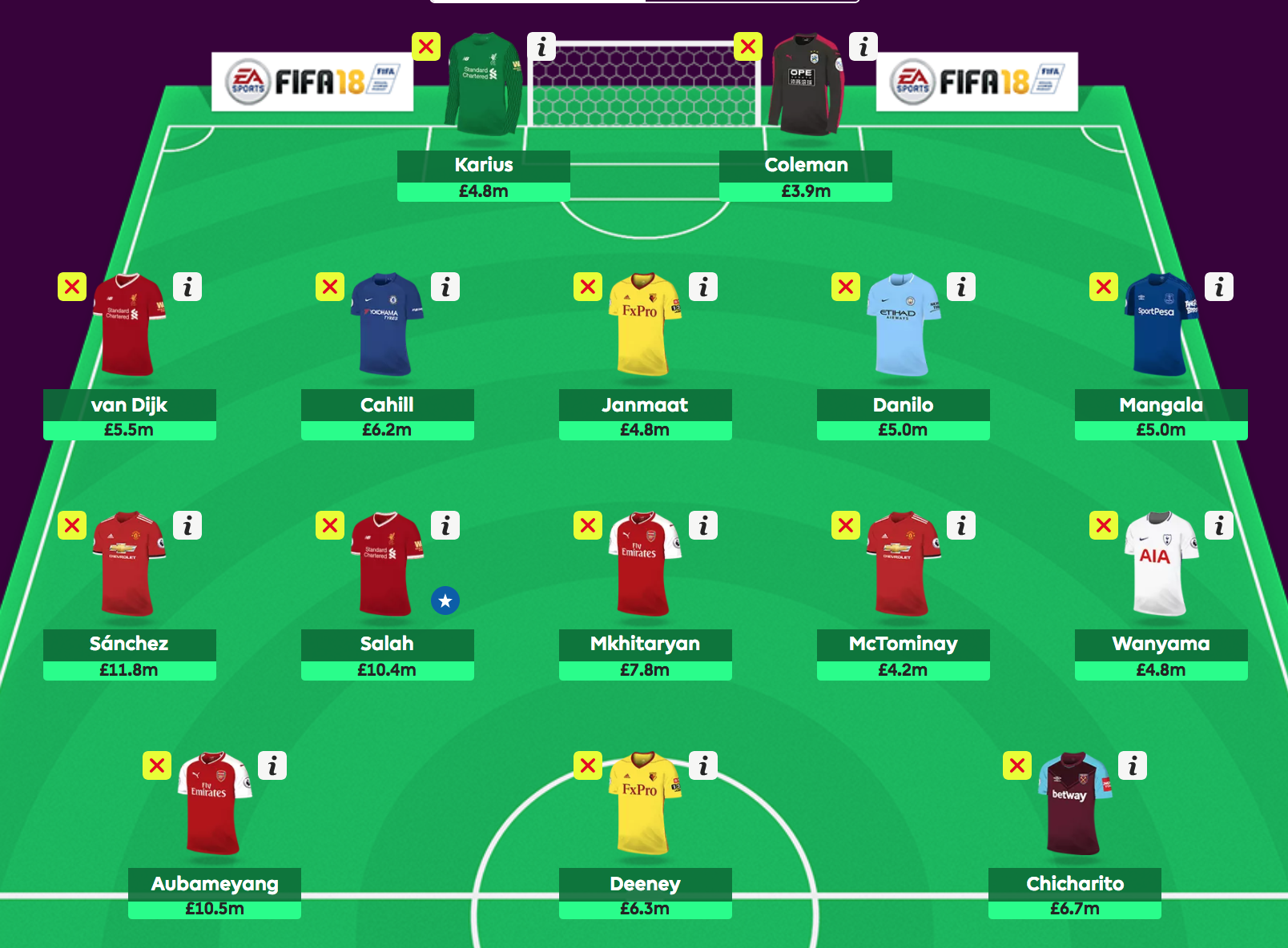 With Aubameyang and Sanchez in place as captain and vice-captain respectively, the rest of the team needs to be set. Karius takes over in goal, with van Dijk joining him in defence. Cahill and Janmaat take two of the other slots in defence, with a very strong midfield of Salah, Sanchez, Mkhitaryan, Wanyama and McTominay looking to add a ton of points over the course of the rest of the season. Deeney takes the final starting spot, joining Aubameyang in attack.

Danilo will be the first automatic substitute, followed by Mangala and Chicharito. Here’s the brand new Blurrton Albion starting 11, in the much more digestible picture form: 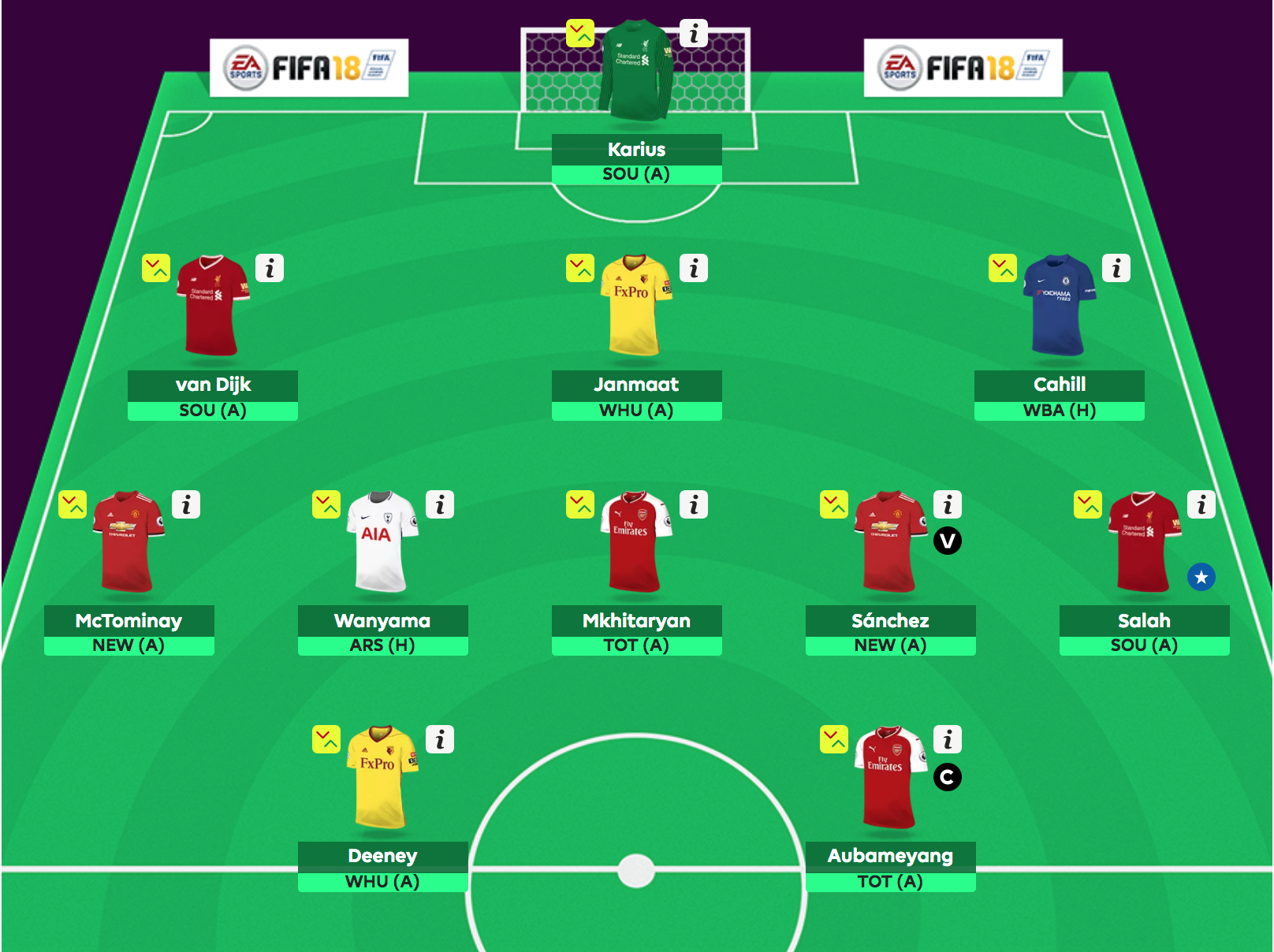 With the team set, it’s time to sit back and see how well they get on in the coming weeks. Can Blurrton Albion push on up the league and avoid the wooden spoon?

If you want to find out how Blurrt’s social media analysis can help you generate unique and interesting content, contact Ali at alistair@blurrt.co.uk