Saturday’s big clash in the Six Nations saw England beat Wales 12-6 at Twickenham in a controversial affair that was decided in favour of the English after a disputed disallowed try. Wales thought they’d scored when Gareth Anscombe went over in the corner with the score at 12-0, but the video assistant (TMO) decided Anscombe didn’t have full control of the ball as he attempted the grounding and the try didn’t stand. We took a look at the social media conversation during the game to find out what fans were discussing.

The most used terms demonstrate the key topics of conversation for fans on social media, with rugby fans using the official hashtag #engvwal most often and then a combination of other key hashtags alongside that. “TMO” was the fourth most used phrase, showing that fans were engaging with the debate about what happened and whether the decision was correct or not. Certainly, some fans came down very clearly on one side of the debate…

Other fans were quick to make jokes, some of which probably aren’t suitable to reproduce here, at the expense of the TMO.

Whilst the decision was tough, social media users in the majority either disagreed with the decision or claimed that England were the better team regardless. It’s safe to say it was mostly England fans being “understanding”. @WelshProblems certainly didn’t agree with the non-award of the try, whilst @StephenDrew72 was more magnanimous in victory and changed the angle slightly.

Still struggling to understand how that wasn’t a try.. #ENGvWAL

Tough call, but I think I would have given the try to Wales; however, I would not want to be the referee! Once again though rugby players show why they are just better than footballers. No shouting, no swearing; clearly unhappy with decision but Wales just get on with it. Class.

Overall, conversation was more positive than negative. 29% of conversation about the game was positive, with 16% negative (55% neutral). Anger (33.9%) and happiness (40.1%) were the two most commonly expressed emotions, perhaps underlining the two different reactions by Welsh and English fans to the game overall and the controversial decision in particular. 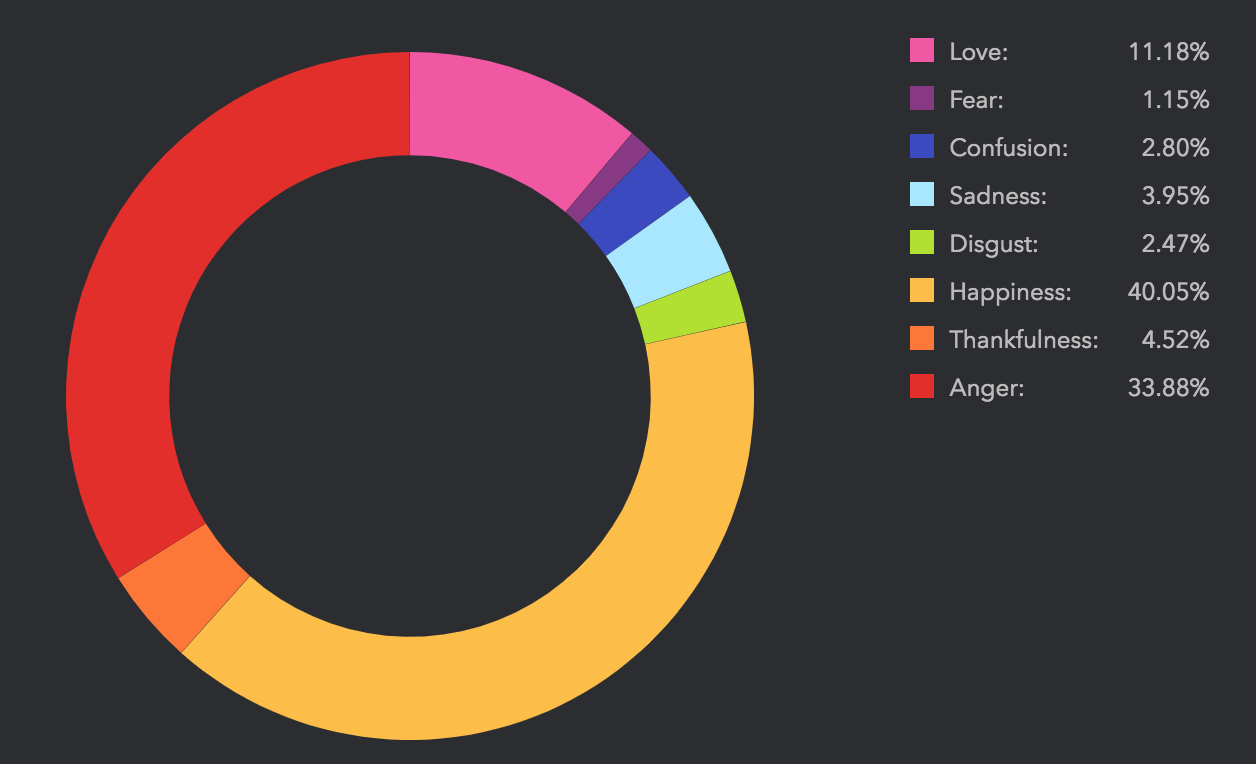 England travel to face Scotland after the week off, with Wales travelling to face Ireland. Wales will take hope from their performance against one of the favourites as they head over to face another, whilst England will be hoping to overcome a Scotland team who were impressive in victory over France.

To find out how Blurrt’s social media analysis could help you generate interesting and unique content, contact Ali at alistair@blurrt.co.uk