Manchester City moved another step closer to the Premier League trophy this weekend after they beat Leicester 5-1, with Sergio Aguero scoring 4 goals in the second half to fire his side to victory. Manchester United fell further behind their rivals, losing 1-0 against Newcastle, whilst Liverpool, Spurs and Chelsea all closed the gap to second place after racking up victories against Southampton, Arsenal and West Brom respectively.

We used our incredible Sports Hub to find the social media stories you might have missed. Collecting every tweet about every Premier League player and manager gives us a huge dataset, but the intuitive Hub allows us to filter the noise to find the top stories from around the division.

Roberto Firmino is a fan favourite at Anfield and the Brazilian is a key part of their attack, whilst also pressing from the front to help his side gain an advantage defensively. Fans were really engaged with his performance over the weekend, as he was the most talked about player in the entire Premier League, but it was the emotional reaction to his performance that really stood out. 50% of fans “liked” his performance, with a further 19% “wowed” by it and 18% “loving” it.

Jonjo Shelvey must frustrate Newcastle United fans no end. The central midfielder has the ability to be a key part of the side, yet more often than not makes stupid decisions or loses his temper on the pitch and ends up costing his team. This weekend, Magpies fans got the best from Shelvey. His impressive performance against Manchester United saw positive conversation levels soar, up by 37% on the week before. Rafa Benitez will be hoping for more of the same from Shelvey over the course of the season if Newcastle are to avoid the drop.

The Baggies must have been hoping for a better record than 8 points from a possible 39 after appointing Alan Pardew, but that’s what they’ve got. West Brom have slipped to the bottom of the table since sacking Tony Pulis, and fan reaction was understandably angry. 57% of emotion-bearing tweets about Pardew displayed their anger as his side were thumped 3-0 by an out-of-form Chelsea side on Monday, with a further 10% showing how “sad” they were about the predicament the club finds itself in as a result of Pardew’s poor team management. 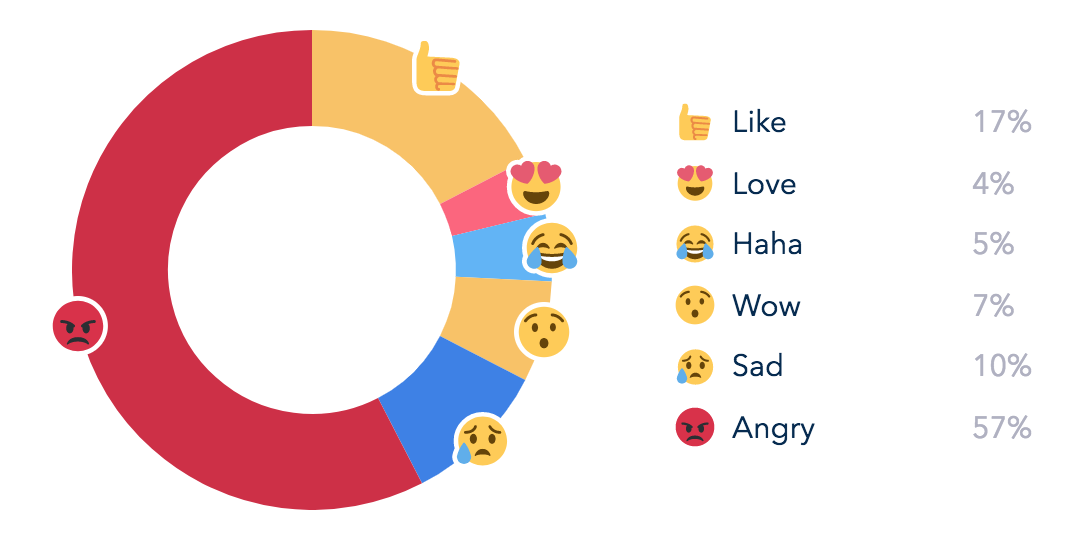 Chris Smalling saw the biggest percentage increase in conversation this week, as the United defender came in for plenty of criticism after his poor performance helped Newcastle to a 1-0 win. His 5,782% increase was only slightly bigger than the 5,664% increase that Daniel Sturridge experienced, after the England striker suffered yet another injury early in the match. Matt Ritchie and Martin Dubravka were impressive for Newcastle, seeing the conversation levels surrounding them soar, whilst Sergio Aguero’s 4 goals were enough to drive a large increase in conversation around him too.

Team of the Week

Despite the North London derby taking place this weekend, not a single Spurs player made it into the team of the week, a team representing the 11 most talked about players this weekend. Three United players were singled out for particular criticism, whilst three Arsenal players were also included after their derby day woes. Kevin de Bruyne and Eden Hazard were the stars of the show as their respective sides won comfortably, earning them a spot in the team. Liverpool were impressive against Southampton, meaning three of their top performing stars were included in the starting 11. 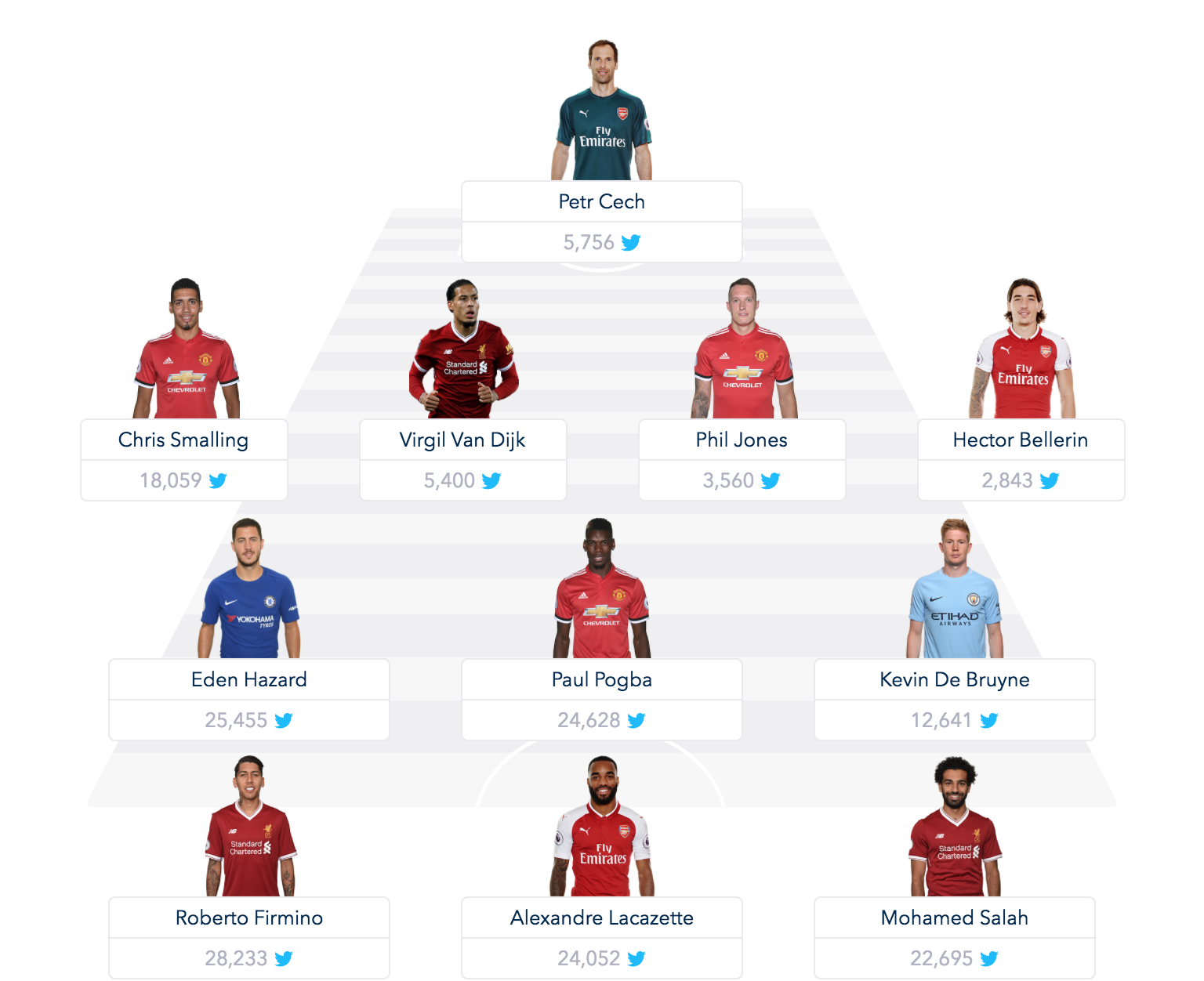 Blurrt’s social media monitoring could really take your sports coverage to the next level. Get in touch with Ali at alistair@blurrt.co.uk to find out more, or take a look at some of our case studies.