The Cleveland Cavaliers beat Oklahoma City Thunder last night to head into the All-Star break on a 4 game winning streak. After a crazy trade deadline in which the Cavs traded away half their roster, the new look side took on a well-established OKC team who were out to prove they can be legitimate challengers in the Western Conference come play-off time. It was the Cavs who made the biggest impression, however, seeing off multiple comebacks from Russell Westbrook and co. to win the game 120-112.

Conversation on social media spiked at the end of the game, as fans started to discuss the new-look team and whether they could challenge the Boston Celtics in the Eastern Conference and then the Golden State Warriors in the Finals. Initial reactions were certainly positive: in the 30 minutes following the end of the game, positivity averaged out at 66%.

DRit: after the trades, Cavs the best team in the East again.

We weren’t only collecting conversation from Cavs fans, but they were the ones leading the conversation. 42% of basketball fans talking about the game identified as Cavs fans, by far the most well-represented side. Perhaps surprisingly, the Knicks were the second-best represented team, with 13% of basketball fans identifying as supporting the Knicks. The rest of the league registered at least one fan, demonstrating the magnitude of the game and the relevance it had to other fans as they try to work out who will be the teams to watch in the playoffs this season.

Find out more about tribes

We can identify the moments and fanbases which generated the most noise on social media, but what about the players? There’s no doubt that Lebron James is one of the best players in the world, which means that his influence doesn’t stop when he steps off the court. This influence was clear to see on Tuesday night, as over 15% of all tweets during the game were about Lebron. To put that into context, that’s around 5 times more than the level of conversation about fellow superstars Westbrook and Paul George combined. 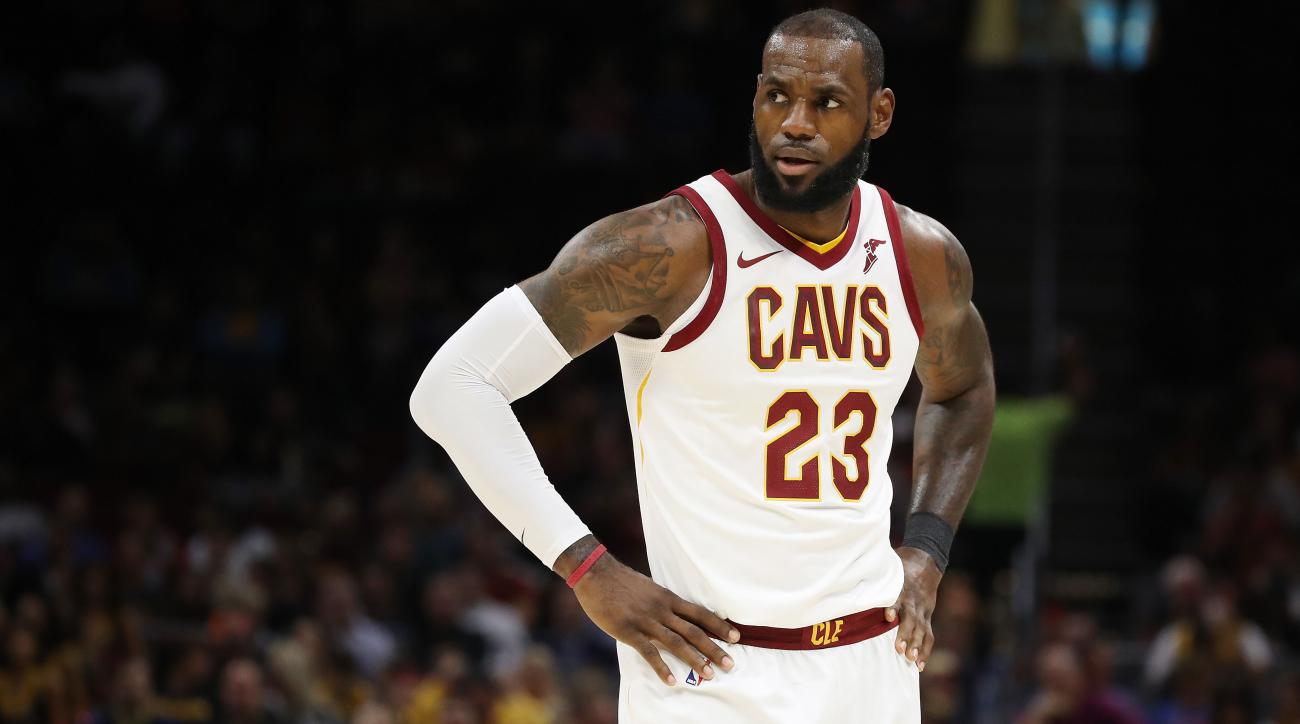 Mind The Gap: Lebron generated more than 5 times the conversation of Westbrook and PG13 combined

Finally, our system allows us to find the funniest tweets of the night. Cavs fans might be happy right now after their trade deadline moves, but Cleveland’s sports fans aren’t blessed with a great NFL team despite the Browns making multiple moves over the years, as @FlyHighJason pointed out…

Blurrt’s social media analysis can add greater depth to your sport’s coverage. To find out how, take a look at some of our case studies. Alternatively, Ali can help. Contact him using alistair@blurrt.co.uk