Last night James Harden once again underlined why he’s the favourite for the NBA’s most prestigious award as his Houston Rockets side defeated the Oklahoma City Thunder 122-112. Harden and team mate Chris Paul dominated, with Paul putting up 25 points on the night and Harden 23, taking the Rockets to their 16th straight win and the top of the Western Conference. We took a look at the Twitter data to see just what fans were talking about on social media during the evening, including thoughts on Carmelo Anthony, the Thunder’s disappointing season and, of course, Harden himself.

The Rockets social media team didn’t hold back after the game, going straight at the Thunder with a timely Harden meme.

When you get the 16th straight win against your former team. #MVP pic.twitter.com/CfmQvqlcY8

The Rockets weren’t the only ones talking up Harden’s MVP chances, with fans suggesting The Beard would finally be able to pick up the highest individual honour after missing out last season. With Harden and Paul so dominant through the latter stages of the season, and the 16th win in a row marking their return to the summit of the Western Conference above the ones-to-beat Golden State Warriors, there’s much for fans to be excited about and the anticipation of Harden’s award is palpable.

Imagine not thinking James Harden is the MVP

Other fans took to mocking Carmelo Anthony, as the Thunder’s small forward was dominated by Harden and his defensive inabilities were fully exploited.

Just under 21% of all conversation about the game concerned the two stars, or perhaps (more controversially/ accurately depending on your side of the fence) the star and the former star, particularly after Harden breezed past Melo for an easy layup in the third quarter.

“WHERE THE F**K WAS THE HELP???” – Carmelo Anthony pic.twitter.com/T7lX7JkFtA

Fans responded to this by calling out Melo, suggesting that if he’d tried slightly harder to stop Harden there then things might have worked out rather better for him. Blaming it straight on his team mates didn’t fit the narrative for most fans.

Melo jacks up threes relentlessly all season. Does nothing else. Doesn't defend, get to the line, playmake, play defense. Shoots terrible percentages. I just think it's funny to see him call someone out. https://t.co/ImBAkfLqEh

Every Carmelo teammate ever has wondered the same thing https://t.co/FIqn4CNGwZ

Melo the worst defender of all time https://t.co/isE7o5Z6mo

The Thunder generally seem to have disappointed their fans of late, as they should have been far more successful given their star power and last year’s MVP in Russell Westbrook on the team. Some fans even went so far as to say that the disparity between the promise and the reality of the side makes them one of the most disappointing NBA teams ever.

The story of the game, as told by social media, is pretty clear. James Harden was the star and should be the league’s MVP, particularly after dominating a waste-of-space Melo who has let down his side too often to excuse him struggling on this occasion, and the Thunder generally should be doing much better than struggling to make the 8th seed in the West. Not a great night for OKC then, but there’s no doubt that the Rockets will be a team to watch heading into the playoffs. 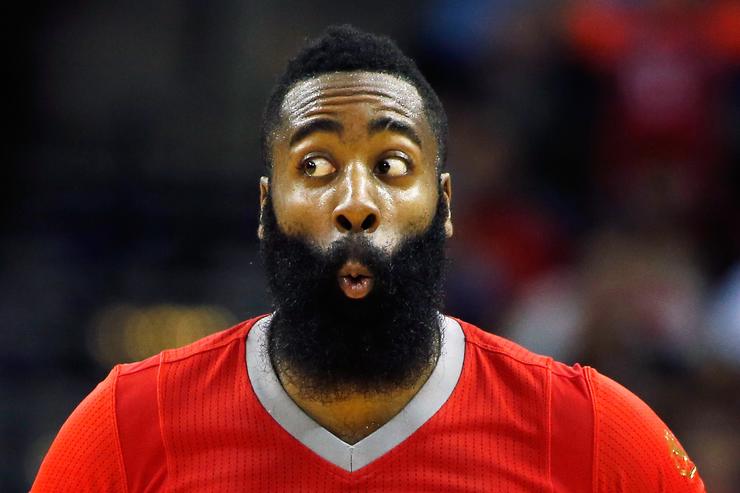 If you want to find out how we can help you understand the social media story of sports events, product launches or advertising campaigns, contact Ali at alistair@blurrt.co.uk

For some more examples of what we do, click here