Week 10 is in the books and the Premier League has given us another great weekend of exciting action. We use our Sports Hub every week to take a look at the major stories from social media that you might have missed. The best part? It takes a maximum of 5 minutes of research per story to find really engaging content!

Phil Foden has been praised as one of the most talented young players in English football, along with fellow Manchester City academy graduate (and now Borussia Dortmund project) Jadon Sancho. Foden was one of the stars of the show on Saturday afternoon as England’s Under 17 side beat Spain 5-2 in the World Cup final, earning him plenty of praise from Man City’s resident Twitter God, Benjamin Mendy. Mendy’s praise, alongside that of Gary Lineker, boosted Foden to a social rating of 9/10 for the weekend, one of the highest in the league. 48% of conversation surrounding Foden was positive (with only 2% negative), demonstrating the strong impression this young man is making on fans on social media! 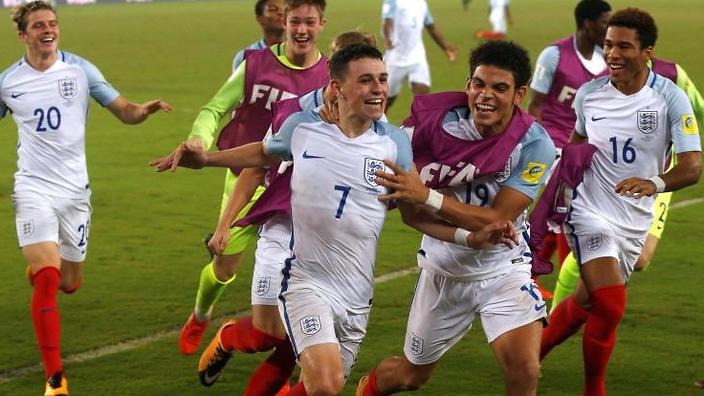 Will we see Young Lion Foden make an impact for Man City this year?

As a Schalke fan, Sead Kolasinac’s success in the Premier League comes as no surprise. The bulky Bosnian has really become a fan favourite at the Emirates thanks to his incredible physique, work rate and ability, something which fans of Germany’s greatest ever club (*clears throat awkwardly*) already knew.

The emotional split indicates just how important he is for Arsenal: love and happiness were the most used emotions, thanks to his goal and assist. However, disgust, anger and sadness were also present after the marauding left back left the pitch with an injury, leading to fears he might miss games. 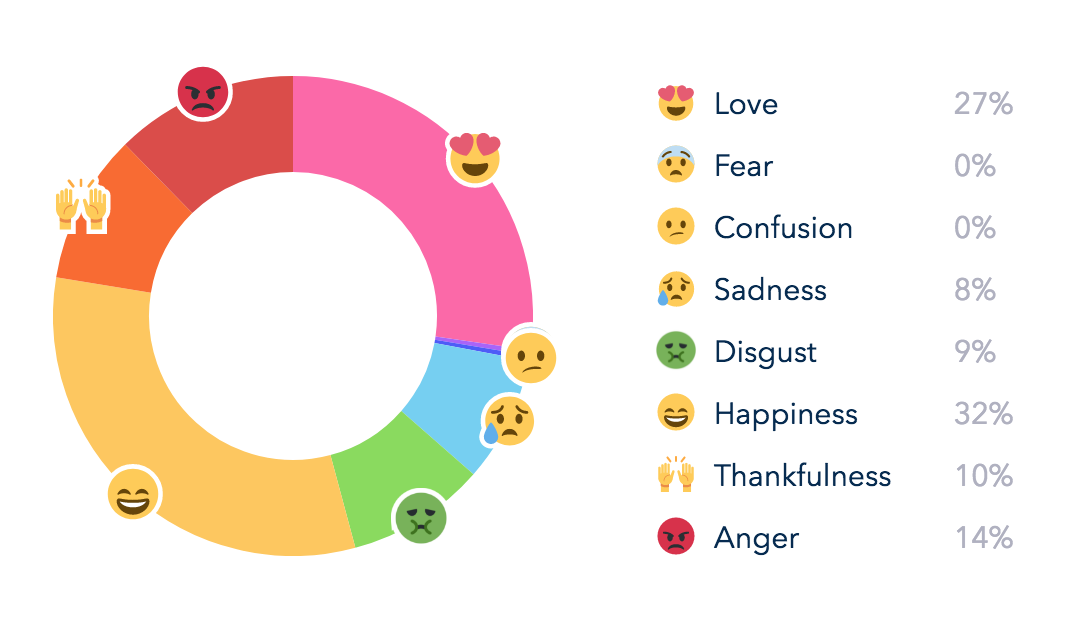 Claude Puel took charge of his first Leicester City game on Sunday and got off to a winning start against Everton. Reactions to his appointment were mixed: positivity was at 44%, suggesting his first game in the dugout was well received by fans. However, 11% negativity indicates a significant portion of fans who were unhappy with the appointment and may have been concerned by the second half performance.

A couple of surprising names made it into the social media team of the week. Benjamin Mendy (who else?!) was back in the team thanks to his praise of Phil Foden, but Dejan Lovren also snuck in despite not playing, with Liverpool fans sarcastically suggesting he should be Man of the Match because he got injured in the warm up. Daniel Sturridge scored his 100th career goal to take the third striker position, behind Manchester United stars Anthony Martial and Romelu Lukaku. 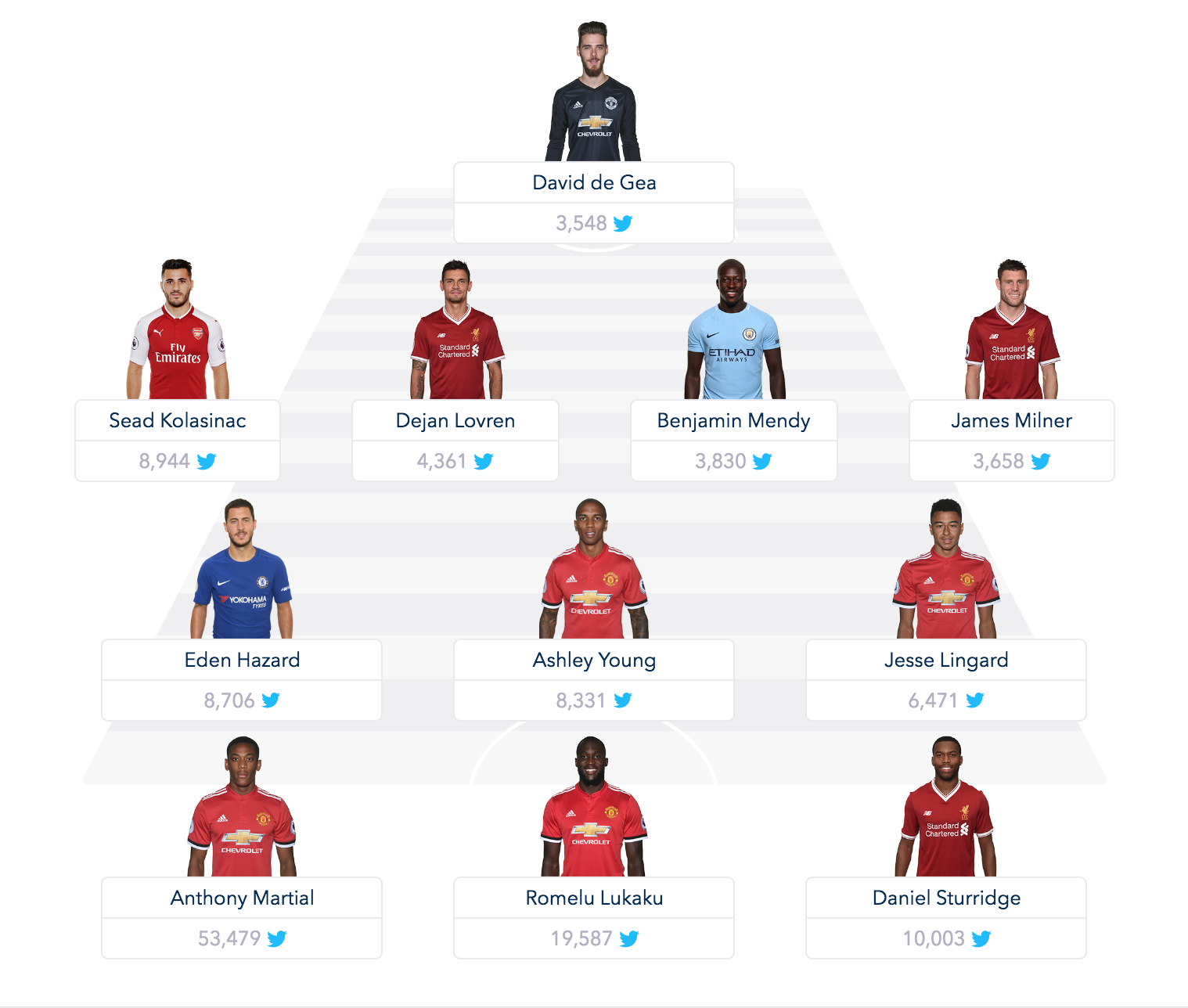 Non-Top 6 Team of the Week 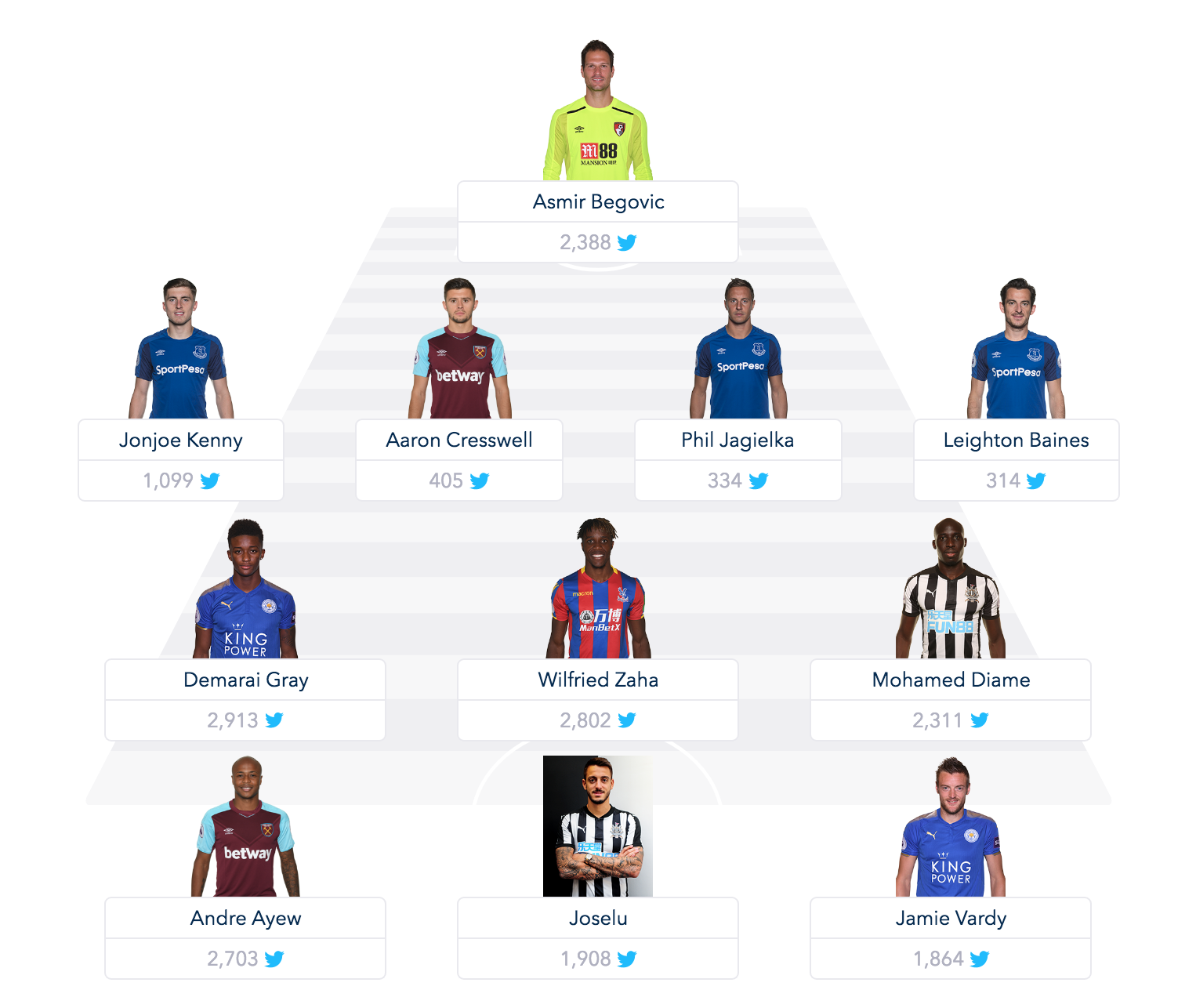