Tomorrow is the final day of the The World Economic Forum’s 48th Annual Meeting which has brought together a record number of heads of state, government and international organisations alongside business leaders, academics, artists and the media to discuss issues facing the world in 2018 and beyond.

With Narendra Modi the Prime Minister of India delivering this year’s opening address and US President Donald Trump preparing to give his keynote speech before the close of the meeting it’s no surprise that over one million of us will take to Twitter to share our ideas, news and opinions about #WEF18. 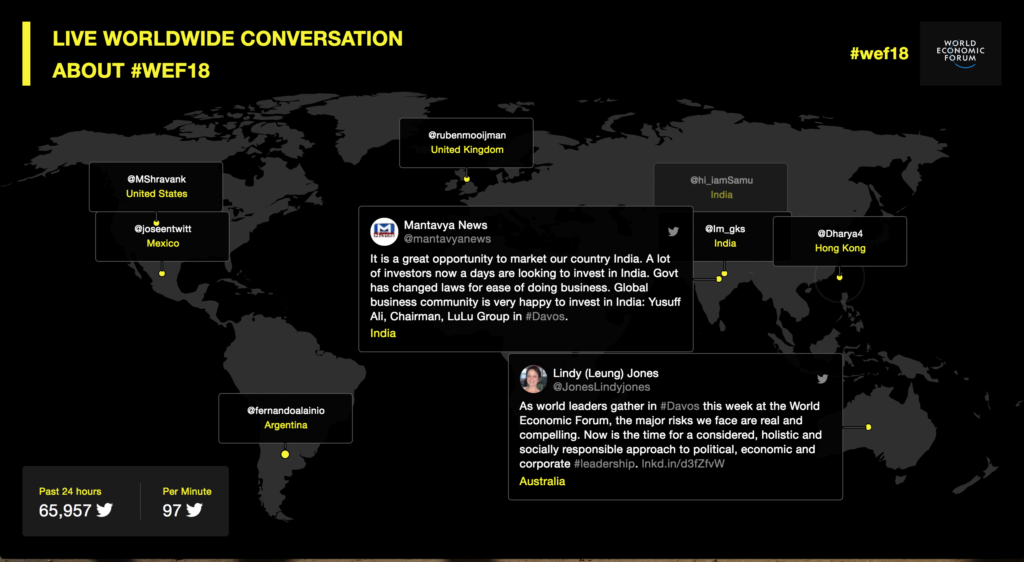 Just as talks and other key moments are being broadcast live from the annual meeting we have made it our mission to bring the rest of the word to Davos though our Twitter engagement map which is currently being displayed live on big screens.

This real-time map shows when and where tweets mentioning Davos are being sent globally, along with the name and location of those tweeting. A curated sample of top tweets is also being displayed, alongside the total volume of posts and tweet-per-minute ratio.

The map updates live displaying tweet information for a few seconds at a time meaning it’s constantly changing as Twitter reacts to key moments and events. 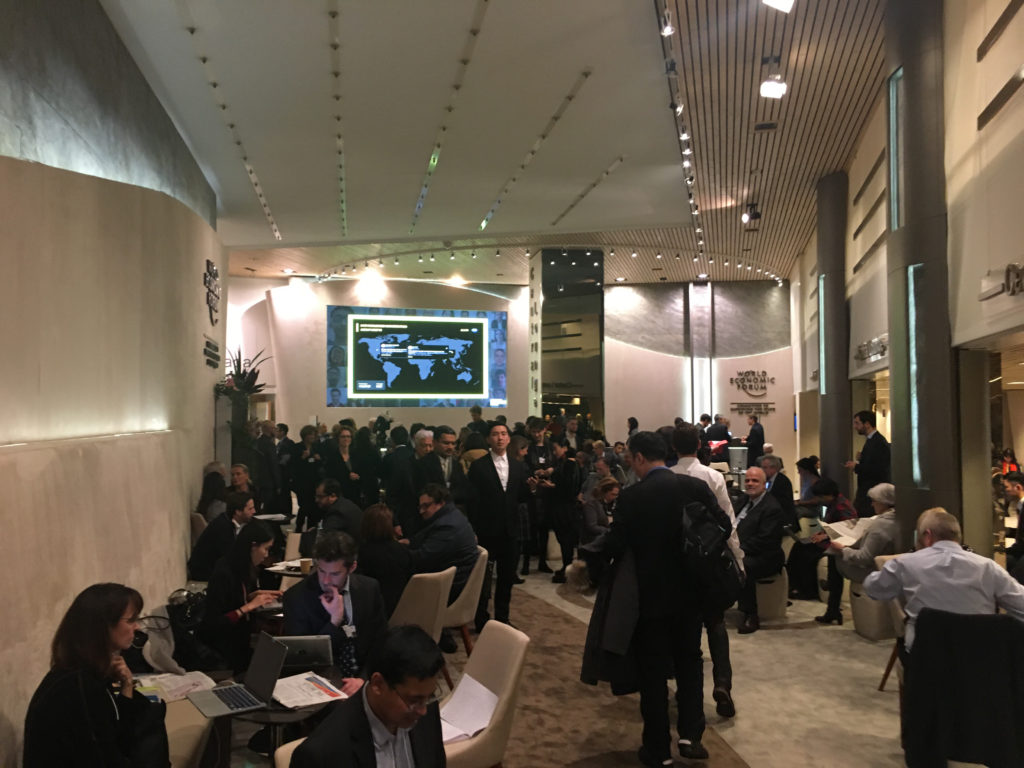 This bespoke map gives those attending and participating in the event a unique glimpse into the impact the 48th Annual Meeting is having worldwide as it unfolds.

We are proud to be a part of such a key global event and look forward to building on our relationship with WEF, continuing to provide social insights and understanding.