Arsenal and Manchester United served up one of the games of the season so far on Saturday evening, as United ran out 3-1 winners at the Emirates. David de Gea was the undoubted star of the show, making a Premier League record number of saves to help his side to victory. As always, we start the week by looking at the social media stories you might have missed. Using our incredible Sports Hub, we find the interesting and engaging stories from Twitter which may have gone under the radar.

David de Gea was by far the most talked about player over the weekend, being tweeted about 153,699 times. The United stopper was on fantastic form, keeping Arsenal out at every turn and including an incredible double save in his highlights reel. The number of tweets about him was 53,214 more than second placed Paul Pogba, as well as being over 3.5 times more than week 14’s most tweeted about player, Ashley Young (40,465 tweets). 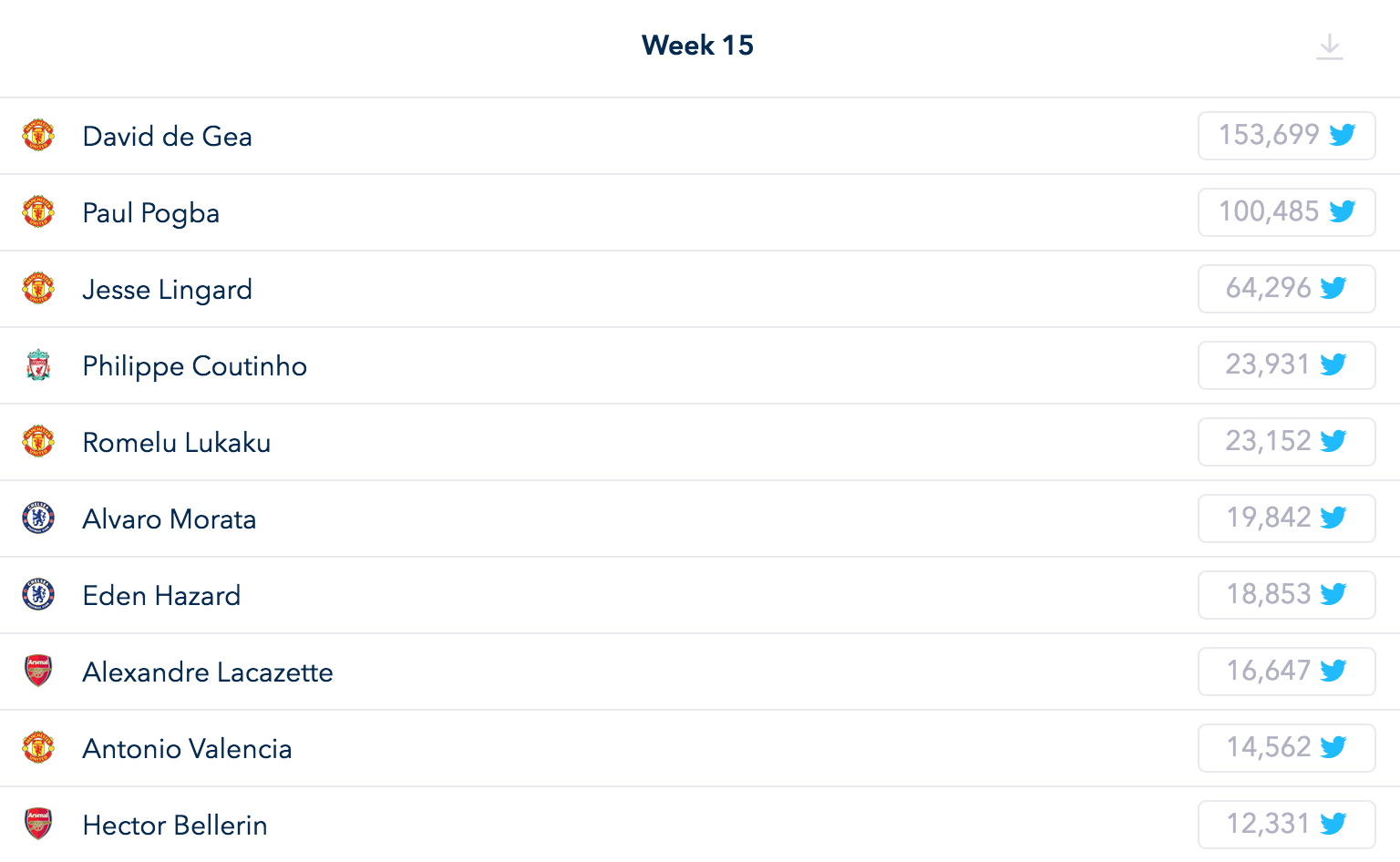 “Wow” was understandably the most expressed emotion, with 64% of emotion bearing tweets sharing the feeling of disbelief at what was being witnessed. 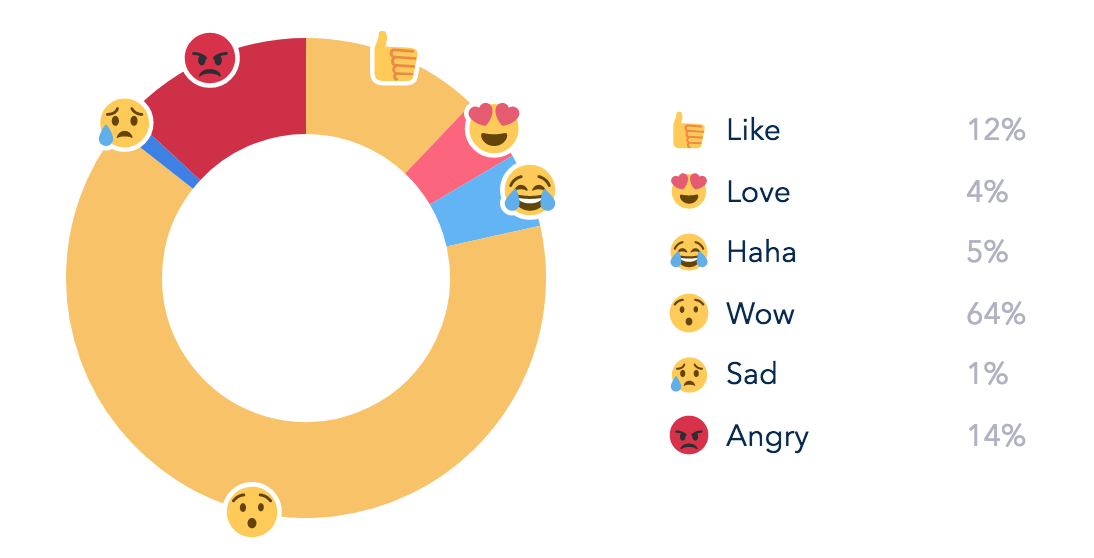 Duncan Castles has gained a reputation for being a “neutral” journalist when it comes to Manchester United, but he arguably outdid himself this weekend when defending Paul Pogba. The Frenchman was sent off for a poor tackle on Hector Bellerin, but Castles was quick to point the finger at the Spanish full back, claiming Bellerin was the one making the rash tackle…

When watching the Pogba incident again pay attention to the bizarre position Hector Bellerin places himself when losing control of the ball and knocking it towards Pogba. #ARSMUN

I really dislike slagging off other journalists (it’s a silly weakness of mine and enough people do it here anyway), but Jesus Johnny… https://t.co/V4wcoDWOrU

You deserve to be Trump’s press secretary… 🤦🏻‍♂️ https://t.co/Uvi696KkFH

It’s fair to say fans and fellow journalists alike were dumbstruck, if not totally surprised, by Castles’ blatant favouritism.

West Ham took a 1-0 lead into half-time against top of the table Manchester City and made the runaway leaders work for their eventual 2-1 victory, earning David Moyes a boost in positivity after a rough start at the club. The +19% swing doesn’t take Moyes into comfortable territory as Hammers boss, but a positivity boost is much needed around the London Stadium and could help as they return to action in a huge London derby with Chelsea on Saturday lunchtime.

De Gea’s impressive performance saw him top the leaderboard for increased levels of conversation, with a huge change of 15,224%. Antonio Valencia, Alex Iwobi and Laurent Koscielny all benefitted from the crazy levels of conversation surrounding the huge Saturday evening clash between their sides. The only player not from that game was Dwight Gayle, after the Newcastle striker opened the scoring against Chelsea.

A game of two teams

United and Arsenal dominated the most talked about 11 after their intense match up, taking 9 of the available 11 starting spots. 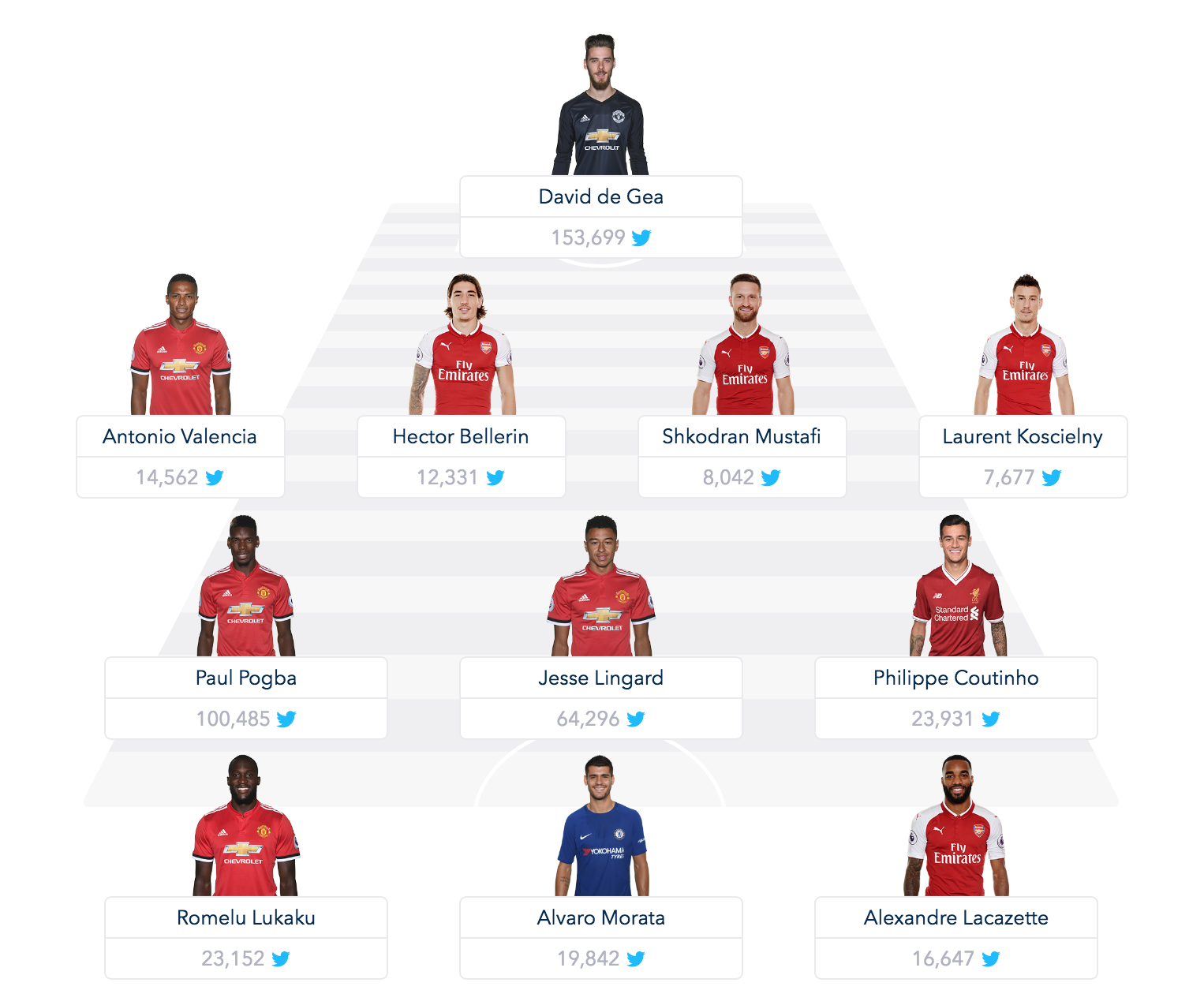 If we exclude those two teams (something we can easily do using the hub), a much more balanced picture is formed. 4 Liverpool players made the cut after their impressive 5-1 victory over Brighton. Eden Hazard and Alvaro Morata represent Chelsea in the side, with Nicolas Otamendi and Benjamin Mendy adding a Manchester City presence in defence. Karl Darlow, Christian Kabasele and Angelo Ogbonna added some non-top 6 flavour to the side. 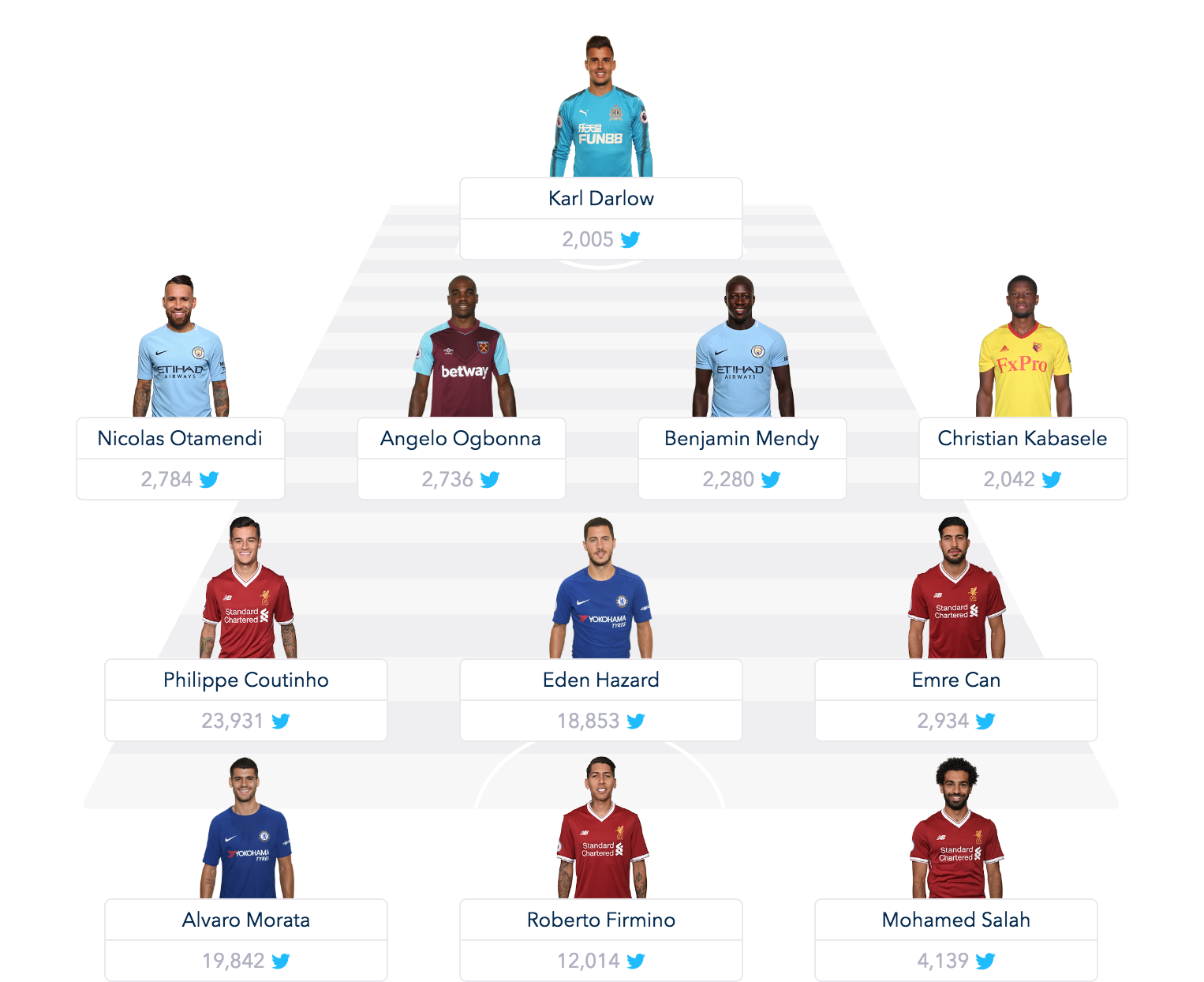 If you want to find out more about how our Sports Hub can help you generate interesting and unique content, contact Ali at alistair@blurrt.co.uk