Welcome to December everyone! It’s officially the busiest time of year for football, with the Premier League hitting the Christmas madness period and the Champions League reaching the conclusion of the group stages. With that in mind, now is the perfect time for a fantasy team to rack up points and make up ground on the leaders. Blurrton Albion, our crowd-sourced fantasy team, will be looking to push on after an impressive 52 points this week took the side up to 5th in the office league. To remind yourself of what we’re doing, click here.

Having not made a transfer after last weekend, we are in the position to be able to make two this week, allowing us to potentially upgrade a couple of players before the winter run to Christmas madness.

First, let’s take a look at the players who contributed to the solid 52 point tally. Mesut Ozil was the top scoring player in the side, bagging 17 points as he scored 1, assisted 2, helped his side keep a clean sheet and added 3 bonus points in the Gunners 5-0 win against Huddersfield. Alberto Moreno was the second highest scorer, getting 7 as Liverpool kept a clean sheet and he added 1 bonus point. Romelu Lukaku and Alexandre Lacazette both scored 5 after grabbing an assist and a goal respectively in their side’s 4-2 and 5-0 victories. Captain Willian doubled his 3 points to six, which was slightly disappointing given the other high scores around the team. Marcos Alonso also scored 6 as Chelsea kept a clean sheet against Swansea. 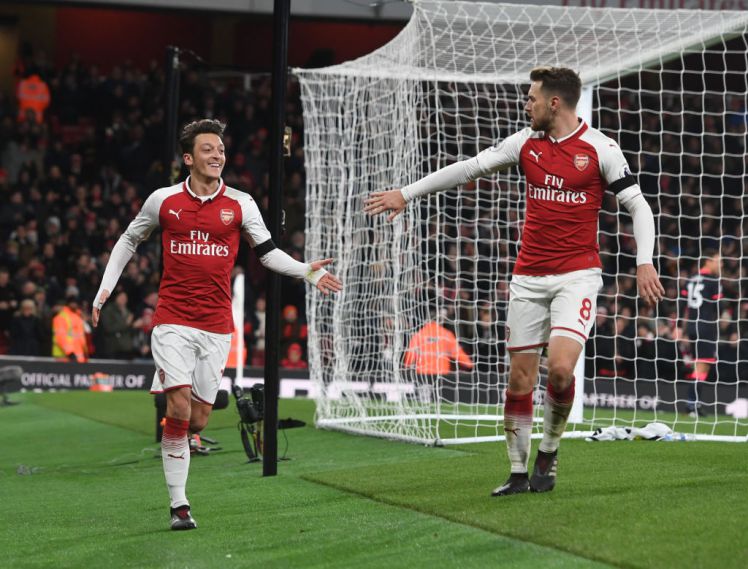 Dele Alli and Tom Cleverley both scored 2 points as they played the full 90 minutes, whilst James Milner scored 1 after only getting on for the final 23 minutes of Liverpool’s 3-0 win against Stoke. David de Gea added 1 point in goal, as Watford put 2 past him, whilst Arthur Masuaku scored 0 as West Ham conceded 4 against Everton. On the bench, Laurent Depoitre only added 1 point.

Ragnar Klavan and Tiemoue Bakayoko didn’t score any points after not getting a run-out midweek, meaning they are at risk of being transferred out. Two of Klavan, Bakayoko and Masuaku will leave the squad this week, depending on the levels of social media conversation surrounding them. Whoever is most talked about will be spared.

Masuaku (201 tweets) will live to play another day, beating out Bakayoko (46 tweets) and Klavan (34 tweets) to maintain his place in the squad. The transferring out of the Liverpool and Chelsea stars will free up 9.7 million to be split between two players, a midfielder and a defender. Let’s see what we can do! 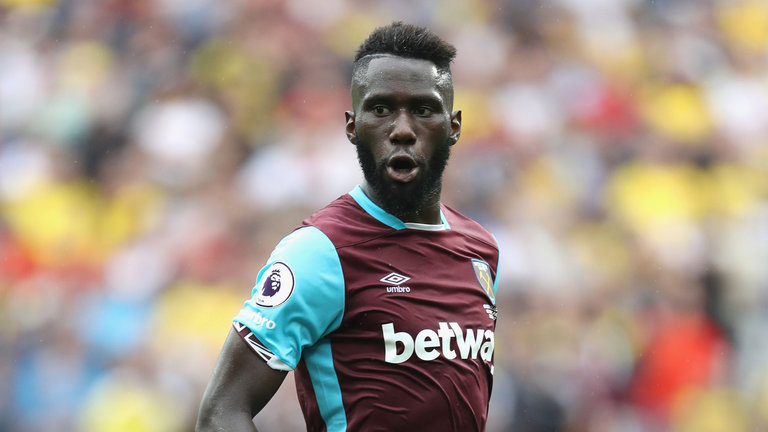 Renato Sanches and Victor Lindelof will be added to the squad this week, after two very contrasting reasons for their high volumes of conversation. Lindelof (2,886 tweets, 4.9 million) was praised by fans on social media for his improved performances, with 52% of tweets about him during the midweek games being positive. Sanches (6,592 tweets, 4.7 million), on the other hand, was mocked for his terrible performance for Swansea against Chelsea, which saw a -10% swing in sentiment, from an already-low 46% positivity to just 36%.

Both players will go straight into the starting team, however, thanks to the high volumes of conversation surrounding them. With Lacazette (15,617 tweets) temporarily injured and therefore moved to the bench, an extra spot opens up in the starting 11. Lukaku (26,644 tweets) will take over the captaincy, with Ozil (20,502 tweets) taking on the vice-captaincy (demonstrating the clear dominance of Manchester United Twitter – Ozil was one of the best performers this midweek).

Dele Alli (2,158 tweets) maintains his place in the starting 11, with Willian (1,380 tweets) and Alonso (488 tweets) joining him. David de Gea retains his starting place as always. Moreno (383 tweets) continues to start in defence, alongside Milner (377 tweets). Finally, Cleverley (258 tweets) comes in to replace Lacazette in the starting 11. Masuaku takes the first automatic subs place, with Depoitre (25 tweets) completing the line-up as the second sub. 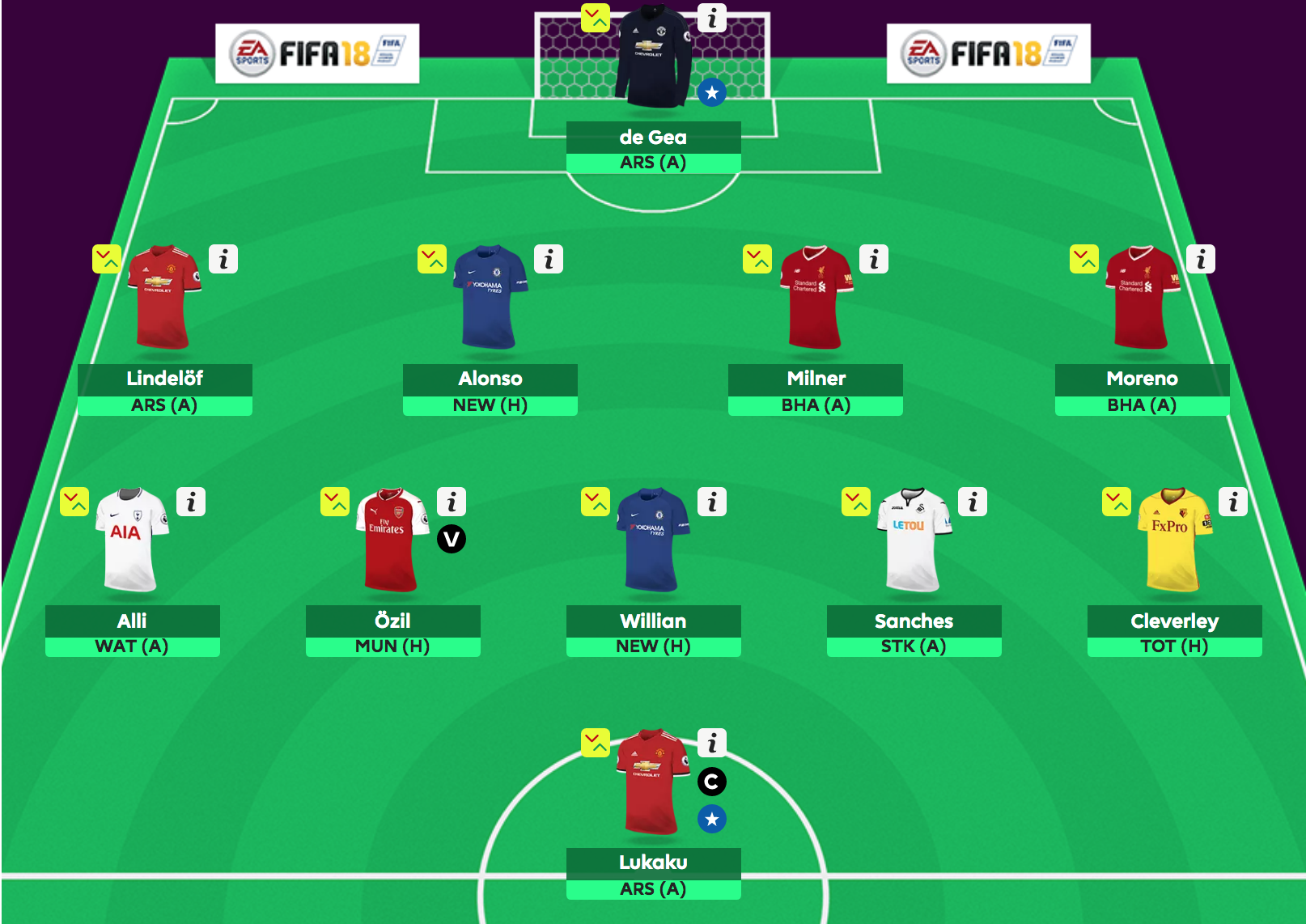 I’d like to think that the team to start the next game week actually wouldn’t do too badly if they were a real Premier League team… Let’s wait and see how they get on in the fantasy world though!

If you want to know more about our social media analytics and how they could help you generate interesting, engaging and unique content, contact Ali at alistair@blurrt.co.uk