Sunday night saw the NBA All-Star game take place in Los Angeles, with Team Lebron taking on Team Stephen in a new-look format that did away with conferences for the first time. Fans took to social media to discuss the game, including all the interesting sideshows which accompany it. We analysed that conversation to see what really got people talking as Team Lebron triumphed 148-145. 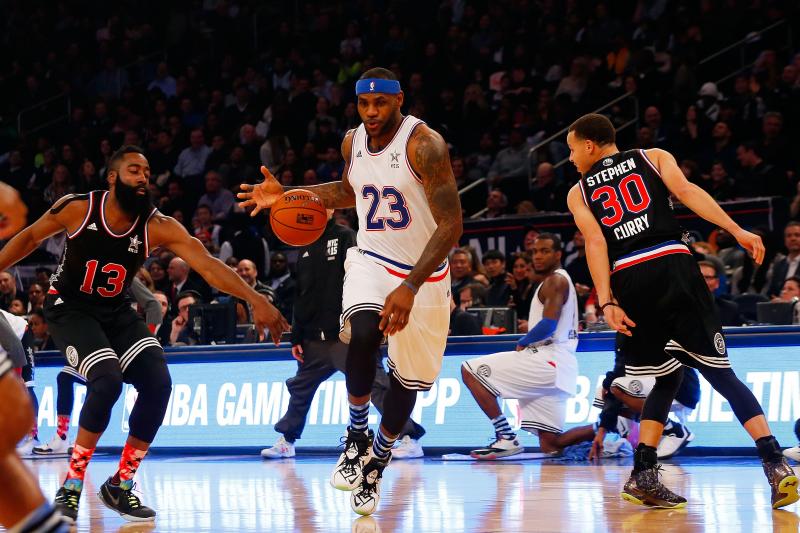 The “most used phrases” section is often a good place to start when analysing a live event, as it easily shows us what people were talking about before we take a deep dive into the analytics themselves. On this occasion, the official hashtag of the weekend, #NBAAllStar, was the most used phrase in the entire dataset. Over half of the tweets mentioned the it, demonstrating the significance of official hashtags for big sporting occasions. #TeamLebron and #TeamStephen were second and third on the list respectively, whilst fourth spot was taken by singer Fergie. This is where the “Topics” section gets really useful: why would a singer be the fourth most talked about aspect of the All-Star game?

Now, anyone that watched the game will know exactly why Fergie generated so much conversation. Her rendition of the National Anthem pre-game was… Badly received. 74% of sentiment-scoring tweets about her performance were negative, whilst many of the “positive” tweets were wishing the Fergie of old would return. A horrible day at the office, then, for the former Black Eyed Peas star and successful solo artist.

Another “star” of the show was comedian Kevin Hart, who did the pre-game introductions. Positive and negative sentiments were more evenly split for Hart, who saw positivity contribute 57% of the conversation about him. However, taking a deeper dive into the data suggests that fans were positive about the new format of the game, whilst also being disparaging of Hart’s performance; some even thought that Hart’s player introductions were the one thing that almost ruined the game before it had even begun!

The intuitive nature of our Insights tool allows us to take a look at anything that seems unusual or not fitting the trend – in this case, Kevin Hart receiving praise – and understand why that is happening. To find out more about how our system can help you understand social media data, click here.

If that doesn’t interest you (it should!), then here’s a joke about two successful people performing badly before we get back into the analysis:

Kevin Hart: I really blew it!

The game itself was received positively, especially when we filter out the conversation about the anthem and Kevin Hart. 72% of sentiment-scored conversation was positive, showing that fans liked the new format and enjoyed the game. Whilst most of the conversation was positive, emotional responses underlined a slightly different story. Despite 48.5% of emotional responses sharing happiness and a further 14.6% sharing love, 24.9% of emotion-bearing tweets expressed anger, which is quite a large percentage considering the relatively small percentage of negative tweets. 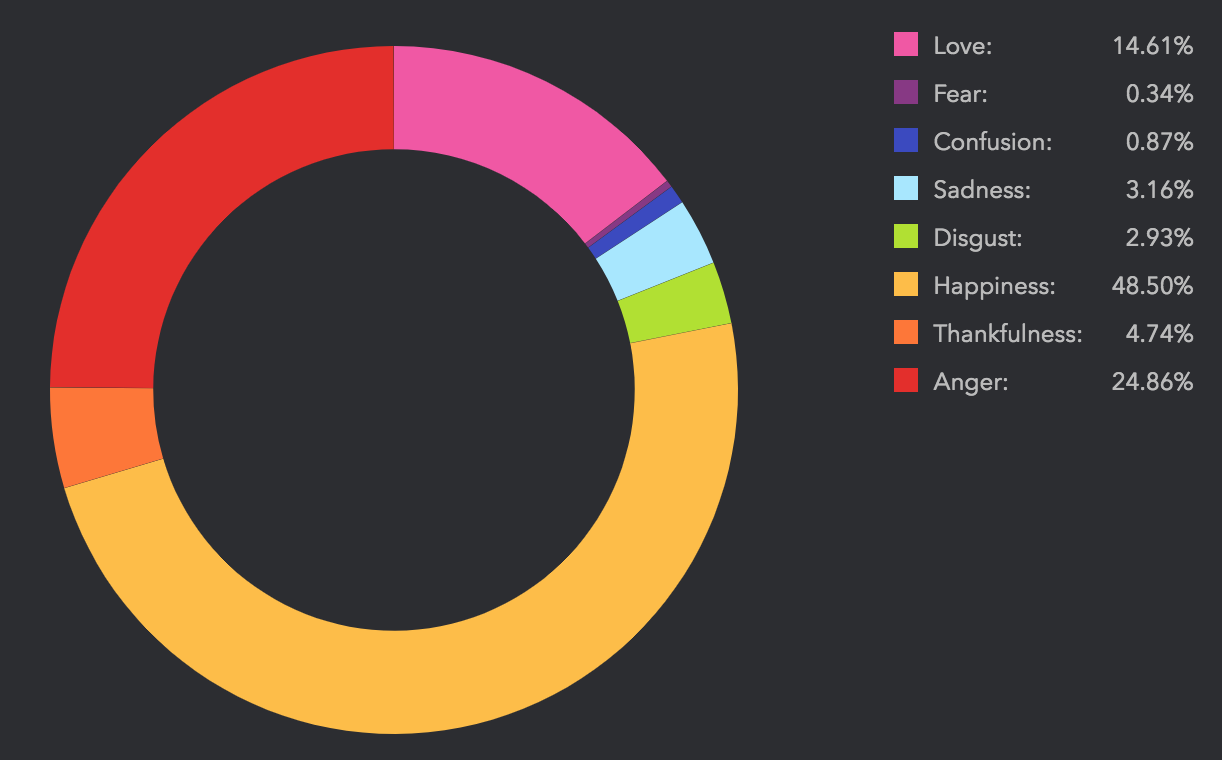 Much of this anger was aimed at Lebron James and/or Laura Ingraham. After a tense few days between the star player and the Fox News presenter, fans were taking sides of the debate and arguing whether she was right to tell him to “shut up and dribble” after his comments about President Trump. The argument contributed to 30% of the angry conversation, a substantial chunk, while the rest of the conversation came from fans arguing about who was the best player out there, the best player ever and a few disgruntled fans who thought the new format hadn’t improved the spectacle enough.

“I will not shut up and dribble… I can’t sit here and allow that to happen.”@KingJames on speaking out on social issues. pic.twitter.com/YQK97w6FVR

To find out more about Blurrt’s work with sport’s broadcasters and advertisers, click here.

To book a demo or ask us a question, contact Ali at alistair@blurrt.co.uk