Week 11 is done and dusted, with Manchester City leading the way at the top of the Premier League. City are now 8 points ahead of Manchester United after they beat Arsenal 3-1 and United lost 1-0 to Chelsea. Every week we take a look at the top stories from social media, using our Sports Hub to generate content which you might have missed. The best part is that the Hub makes finding the data quick and easy, as all of these stories were found inside of 5 minutes!

Andreas Christensen popped up on Premier League Extra Time earlier in the season but was one of the stars on Sunday as Chelsea beat Manchester United 1-0, shutting out Mourinho’s side and putting a serious dent in United’s title chances. Christensen played a big part in that clean sheet, earning him a 27% increase in positive conversation compared to the previous weeks. Overall 96% of conversation was positive, demonstrating how impressive his performance was at the heart of the Chelsea defence.

Christensen dominated United’s Romelu Lukaku, who struggled against a top team once again. Fans were quick to point that out with a timeless meme…

Andreas Christensen emptying his pockets when he goes back home tonight. pic.twitter.com/3kJkOYeQnP

Opta timed how long it took Liverpool to score after West Ham took a corner on Saturday evening, as the Reds ended Slaven Bilic’s reign in East London with a 4-1 victory. Mo Salah and Sadio Mane led the charge after the corner was cleared to them, with Salah slotting the ball past Joe Hart. Here’s the Opta tweet:

00:13 – There were just 13 seconds between West Ham taking a corner and Mohamed Salah scoring for Liverpool. Rapid.

Understandably, fans were pretty happy with Salah’s performance; whilst his finishing might not have lived up to expectations at times this season, on Saturday night he really made the Hammers pay, meaning 52% of emotional responses to him on Twitter displayed happiness. 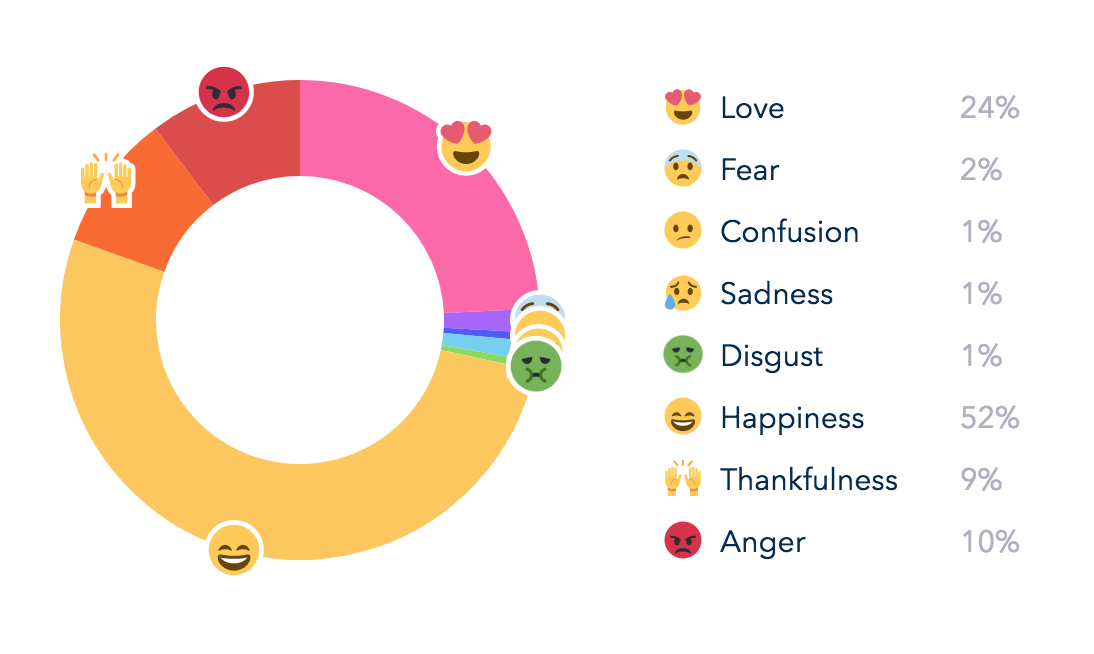 Slaven Bilic was sacked on Monday morning, but it was clear on Saturday night that fans were fed up with watching their side lose. However, not all the blame fell at Bilic’s door, with many liking him as a person but disappointed with him as a manager. Fans were frustrated at the players and the board too, with many questioning whether sacking Bilic was the right thing to do if it only meant bringing in David Moyes as his replacement…

Bilic should be removed no doubt but I hope I every West Ham fan acknowledges the disgraceful effort from that bunch of players.

Traded a fortress for a pop up foam party so 2 turbo-capitalists could make a billion. #BilicOut, but #boardout & 11 players with heart IN 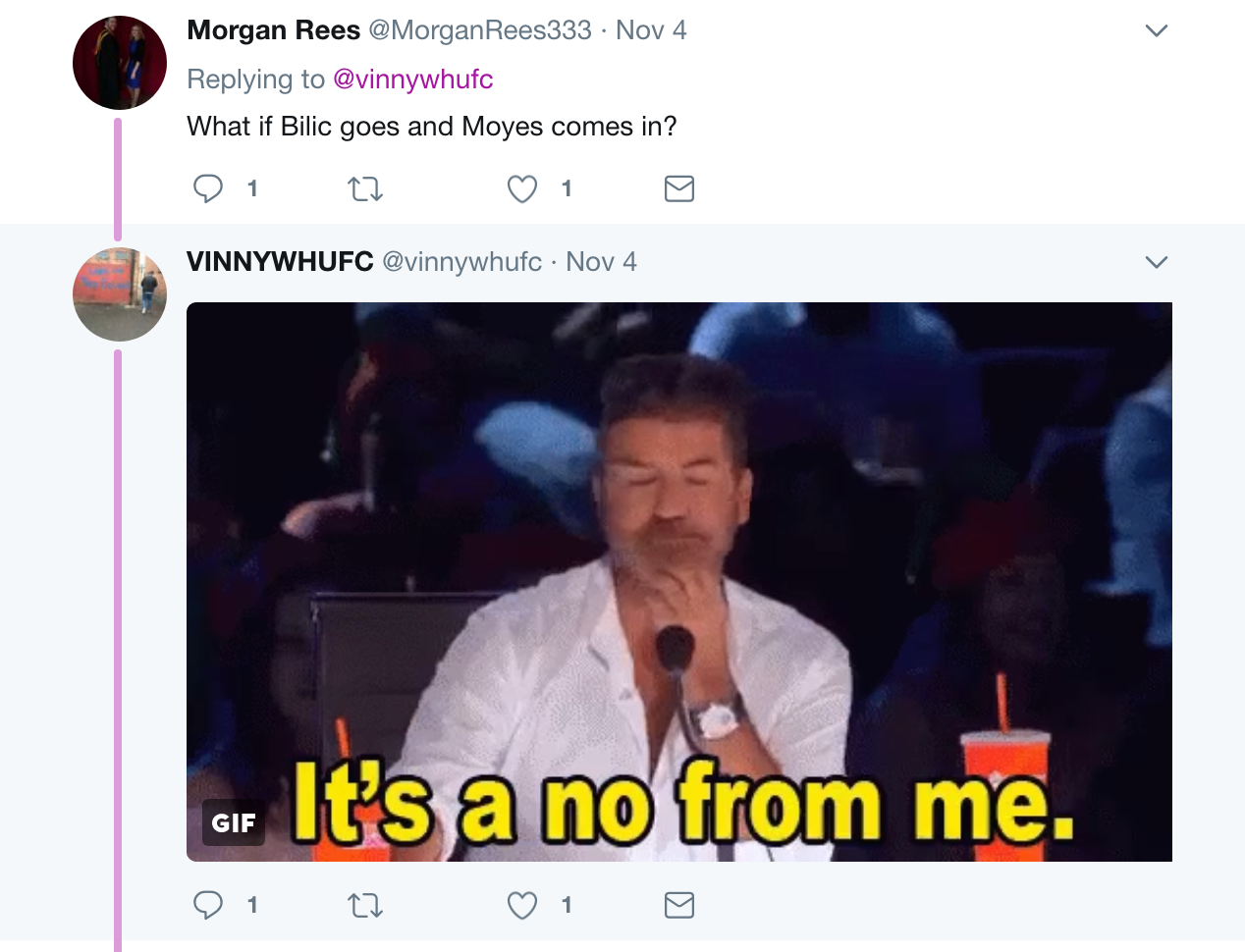 With Moyes now having been announced as Bilic’s successor, it’ll be intriguing to see how fans respond after the international break…

There were some surprising team selections and some important returns to the side in week 11, causing the conversation surrounding those players to spike. Francis Coquelin starting at centre back for Arsenal against Manchester City was a decision which many fans questioned, whilst the return of N’Golo Kante for Chelsea and Christensen’s impressive performance saw them enter the top 5. Alex Iwobi starting ahead of Alexandre Lacazette also caused Arsenal fans plenty of consternation. Peter Crouch’s equalising goal off the bench earned Stoke a point against Leicester in the lunchtime kick off, rounding out the top 5. 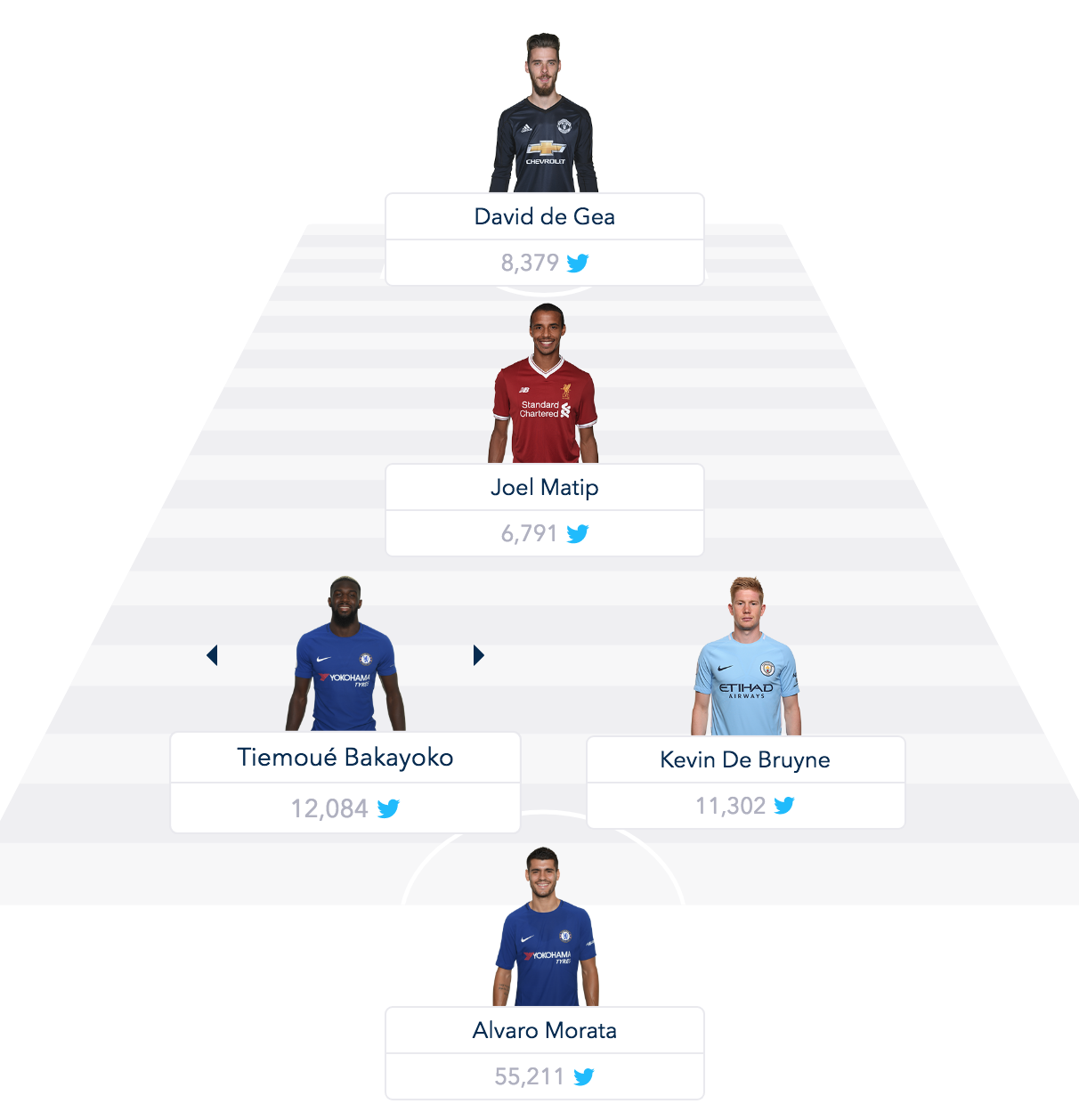