With a limited slate of Premier League fixtures this week, you might expect a limited number of talking points. Not so! Thanks to our incredible Sports Hub we were able to source, explore and write about our usual 5 talking points from social media! The hub makes it quick and easy to filter by match, team or position to find out what fans were getting their teeth into on Twitter this weekend.

Mo Salah is undoubtedly the sensation of the season, and the Egyptian winger got Twitter in a whirl on Saturday evening as his 4 goals put Watford to the sword. Liverpool were comfortable 5-0 winners in the end, but Salah was an even more comfortable winner in the “Who’s Being Talked About On Twitter” award (yeah, it needs a snappier title…). 109,323 tweets were sent about Salah, almost 100,000 more than team-mate Roberto Firmino in second place. 4 Liverpool players made up the top 5, demonstrating their dominance and the lack of other big teams playing, but even cumulatively the rest of the top 5 got nowhere near touching talisman Salah.

Cenk Tosun certainly proved he could do it on a cold, snowy afternoon in Stoke, as the Everton striker fired his side to a 2-1 victory that should see the Toffees survive but could spell the end for Stoke. The Turkish striker scored a brace in similar sounding conditions, delighting the travelling Everton faithful just enough that they dislodged the icicles from their eyebrows in the away end. On social media, the love shown for Everton’s new goal scoring hero was even more warming, as 73% of emotion-bearing tweets expressed love for the January signing. A further 19% shared their happiness, making it a great day to be an Everton fan. 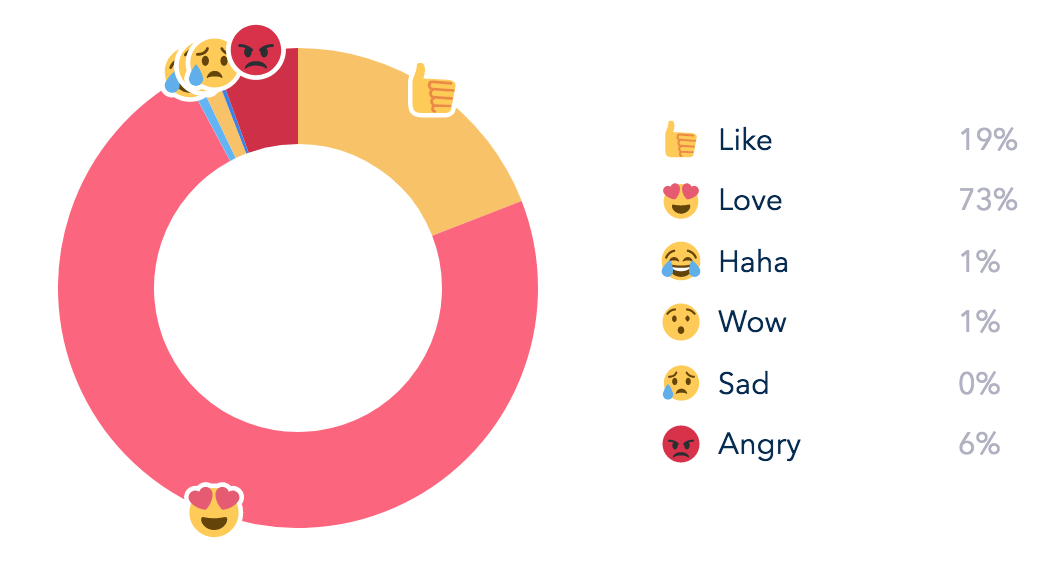 Cherry on the cake

Junior Stanislas helped himself to an 89th minute winner as Bournemouth saw off seemingly doomed West Brom, easing fears that the Cherries might be sucked back into the relegation mix. Stanislas bent in a sublime free-kick to win the game 2-1 for his side, resulting in an 8% positive swing in fan sentiment. Overall, fans expressed 79% positivity, with the remaining 21% belonging to disgruntled West Brom fans who simply couldn’t believe their team had thrown away a valuable point right at the end. I’m sure they don’t want to see Stanislas’ goal again, but if you’re a neutral fan and can find a clip of it on the internet somewhere then I recommend taking a look.

Roy Hodgson is possibly the most underrated manager in the league. There, I’ve said it. The former England manager could well be about to oversee a memorable recovery for his Palace side, who have had to deal with an appalling start to the season and a seemingly insurmountable injury crisis to move within a few points of Premier League survival. Palace fans were certainly grateful on Saturday, as the Eagles saw off fellow strugglers Huddersfield 2-0 in Yorkshire. Positivity was up by 57% on the weekend before, when Palace failed to really make an impact against Chelsea. 90% positivity this week demonstrates just how big a win this was for the Eagles and their fans were understandably delighted.

The best indication of who’s had a memorable week is often the Who’s Hot/ Who’s Not section of the Hub. I say memorable, because it doesn’t always mean a player has played well if they’re being talked about on social media (as I’m sure the players would be the first to tell you!) This week, 3/5 of the entrants into the top 5 are for positive reasons. Danny Ings made a good cameo appearance off the bench, providing the assist for Salah’s fourth and bringing hope to Liverpool fans that the long-injured striker might be finding his feet again. Team-mate Andy Robertson impressed down the left, whilst Luka Milivojevic scored the penalty that secured Palace’s win at Huddersfield. On the flip side, Charlie Adams picked up an early red card for a dangerous tackle on Wayne Rooney, whilst Miguel Britos now knows how Jerome Boateng felt at the Nou Camp when Lionel Messi made him lose his footing all the way back in the 2015 Champions League.

For more information on how Blurrt’s social media analysis can be used to discover the social media story surrounding a sporting event, product launch or rebranding event, contact Ali at alistair@blurrt.co.uk