After a huge weekend in the Premier League title race, we return with our run down of the social media stories you might have missed. With the Manchester and Merseyside derbies on Sunday and Chelsea’s shock defeat to West Ham on Saturday there’s plenty to look into, but these stories can all be found within 5 minutes using our amazing Sports Hub!

Romelu Lukaku was the most talked about player over the weekend, as his poor performance in the derby contributed to his side’s 2-1 defeat and yet more accusations that the big Belgian doesn’t perform in United’s most important games. 127,227 tweets were sent about the Red Devils’ striker during Sunday’s Manchester derby, giving him by far the highest volume of tweets, but it certainly wasn’t all good conversation. With a 66% – 34% negative to positive split on sentiment, it’s clear to see Lukaku generated plenty of negativity after his weak clearance led to the City winner and his poor finishing denied United an equaliser.

Emotions were running equally high, with 58% of tweets expressing “Anger” and a further 15% of tweets mocking him (“Haha” emotion). 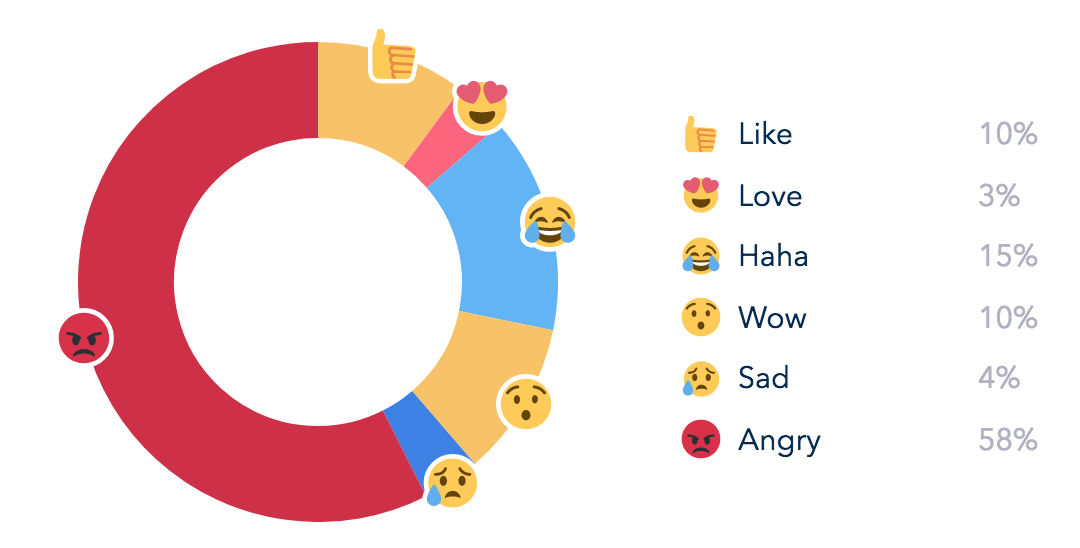 Mo Salah and Nicolas Otamendi were the only two players to score a 10/10 for their social media performances over the weekend, with the Liverpool winger scoring his side’s goal in the derby draw with Everton, whilst Otamendi slammed in the the Manchester City winner in the Manchester derby.

They both saw high levels of conversation and positivity, with Salah receiving 28,942 tweets (87% positive) and Otamendi receiving 16,091 tweets (81% positive). Both players have been receiving plenty of adulation in the press recently, and for once fans on social media clearly agree with the experts they are usually so quick to argue with.

Emotional reactions to Otamendi were particularly positive, with 82% of emotion bearing tweets sharing how much they “liked” his performance. 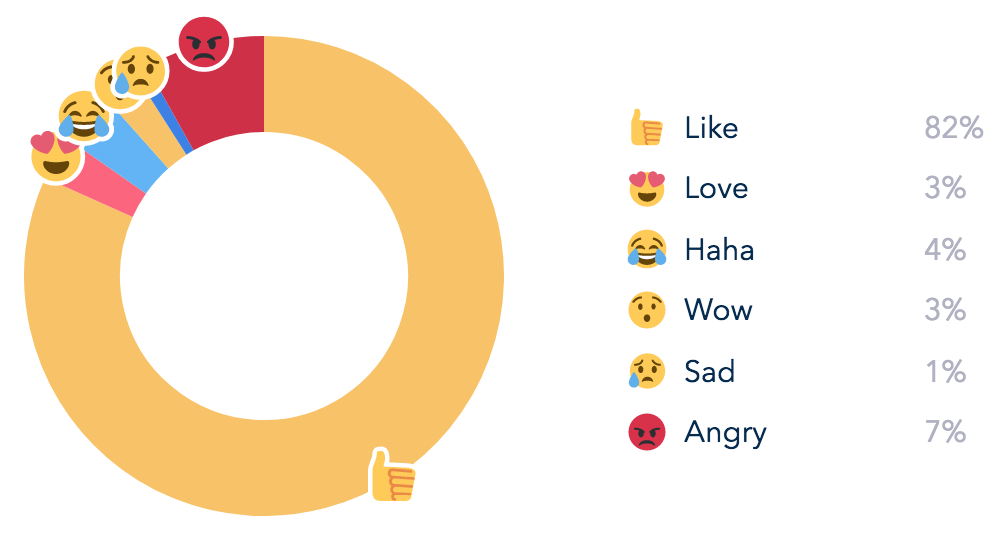 Conversation surrounding West Ham manager David Moyes has been getting steadily more positive for the past couple of weeks, after a good performance against Manchester City last weekend gave the fans some hope that Moyes could do a good job. Positive conversation grew by 19% after that narrow defeat, but it was the victory over Chelsea on Saturday lunchtime which really boosted the positive reaction to Moyes.

Positive conversation grew by a further 20% this weekend, taking Moyes to 82% positivity overall (18% negative). Hammers fans might not want Moyes to be their man in the long run, but the former Everton and Sunderland boss will be hoping that his time in East London is more akin to his time in the North West than the North East…

Our “Who’s Hot” section of the Hub finds players who saw the highest percentage increase in conversation about them from week to week. That often means players who don’t usually score (or possibly even play) often find themselves topping the table, but this week was mostly a horror show of players who messed up…

Whilst 5th place Marcus Rashford and 4th place Joe Gomez impressed the fans (with 76% and 84% positivity respectively), the rest of the top 5 will remember this week as a bad week. Liverpool centre back Dejan Lovren saw his conversation rise as a he gave away the penalty which led to Everton’s equaliser in the Merseyside derby, whilst Christian Benteke was ridiculed for taking an awful penalty (and then lambasted for taking it in the first place when he wasn’t supposed to). Arsenal’s big German, Per Mertsacker, led the way, however, after his mistakes led to Southampton almost pulling off an unexpected victory over the Gunners.

Mertesacker trying to get back and chase Austin. pic.twitter.com/5RLUrFGrXR

The most talked about team of the week featured 9 players who played in either the Merseyside or Manchester derbies, with only Chelsea’s Tiemoue Bakayoko and Arsenal’s Hector Bellerin making the cut from those not involved. Benjamin Mendy once again led the Manchester City support on Twitter, with the injured left-back continuing to make quite the social media impression without actually being able to get on the pitch… 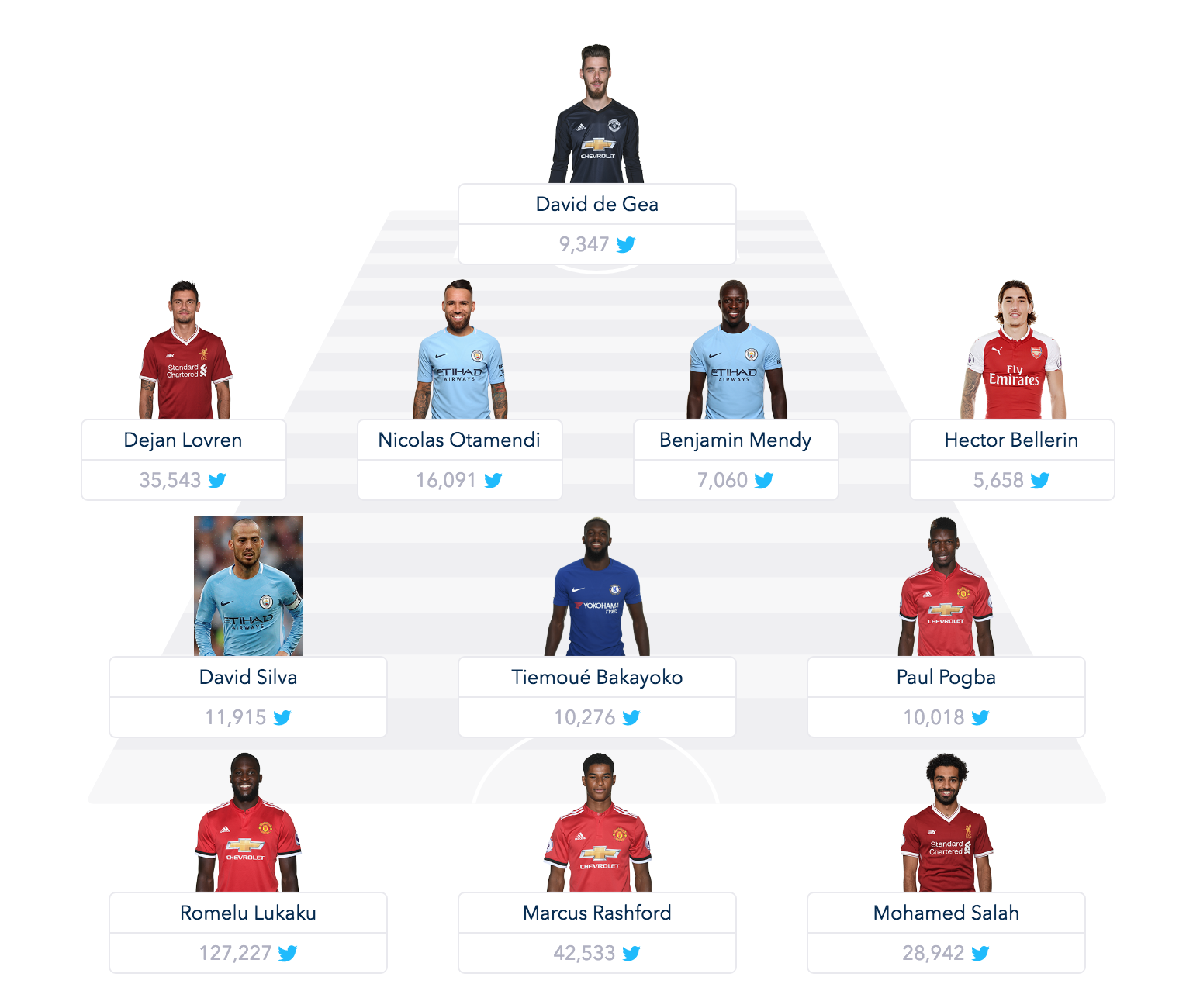 If we decided to limit the team to just those who played in either derby, which we can easily do using the hub, you can see that it is dominated by the Manchester derby. Everton’s current weakness means that they don’t have any players in the team at all, whilst two of the three Liverpool players in the side were roundly criticised for their poor performances (Lovren, 78% negative conversation, and Henderson, 79% negative conversation). 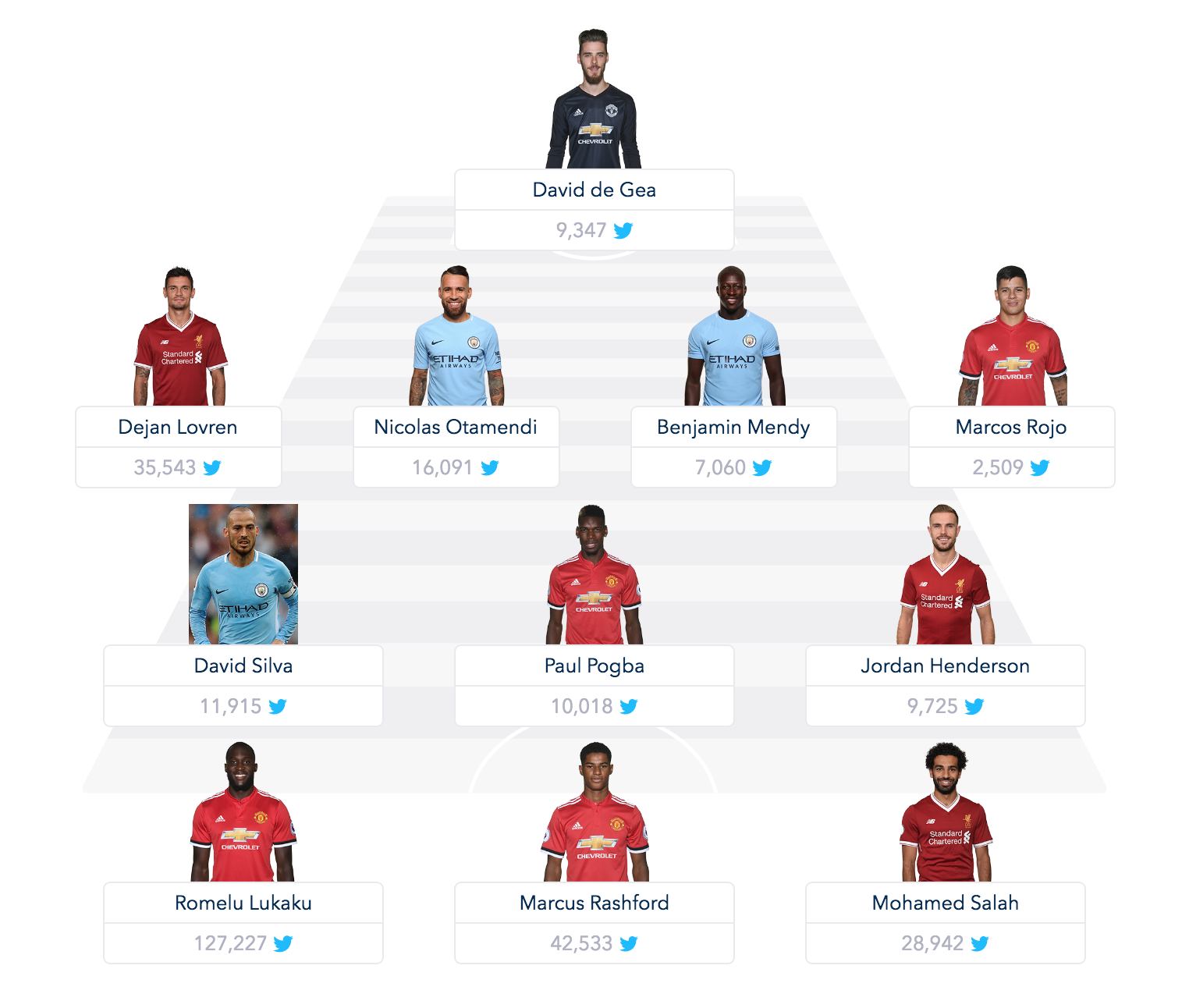 We will be back later in the week with the social media stories from the midweek action!

If you want to know more about how Blurrt’s social media analytics could help you generate interesting and unique content, contact Ali at alistair@blurrt.co.uk