The Premier League returned on Saturday lunchtime after the final nations to qualify for next summer’s World Cup were confirmed during the international break, with Arsenal beating Spurs 2-0 and Manchester City continuing to lead the league after beating Leicester 2-0. Every Monday we take a look back at the weekend and find some of the social media stories that you might have missed, using our Sports Hub to analyse fan reactions to all the drama of another great Premier League weekend.

Nightmare at Vicarage Road for Moyes

David Moyes took charge of his first West Ham game on Sunday afternoon, as the Hammers visited Marco Siva’s Watford. Silva is a manager in demand at the moment after Watford’s impressive start to the season, but David Moyes was the man chosen to replace Slaven Bilic at West Ham after the Croatian had failed to inspire his side to turn around their early season form. Filtering the data collected on Sunday to show just West Ham fans’ reactions shows us that Hammers fans are split on the appointment. Some think Moyes should be given time, whilst others think he’s already on his last legs and wasn’t the right man for the job.

10km running improvement from West Ham getting that team fit would take a whole pre season, not 2 weeks with half the squad.. if your a West Ham fan and your blaming that result on moyes or the new coaches then you are fickle and deluded.

The split can most obviously be seen in the sentiment reactions of fans. Fans expect an inspiring performance when a new manager takes charge, as players attempt to prove they should get a place in the team under a new regime, but 34% negativity suggests that the fans weren’t inspired by Moyes’ first game in charge.

Mo Salah is proving his worth after he moved to Liverpool for a reported £36.9 million last summer, scoring 14 goals in 18 games for the club so far this season. The Egyptian winger frightens teams with his pace and has gone somewhat under the radar outside of Merseyside – after all, he’s scored more goals than the much-hyped Alvaro Morata, Romelu Lukaku and Harry Kane so you’d expect to see him near the top of our leaderboard each week. Fans have been showing him some love instead though, with 30% of emotional reactions expressing love and a further 53% sharing happiness. The overwhelming positivity surrounding Liverpool’s new talisman (53% positive – 6% negative – 41% neutral) is testament to his impressive start at Anfield. 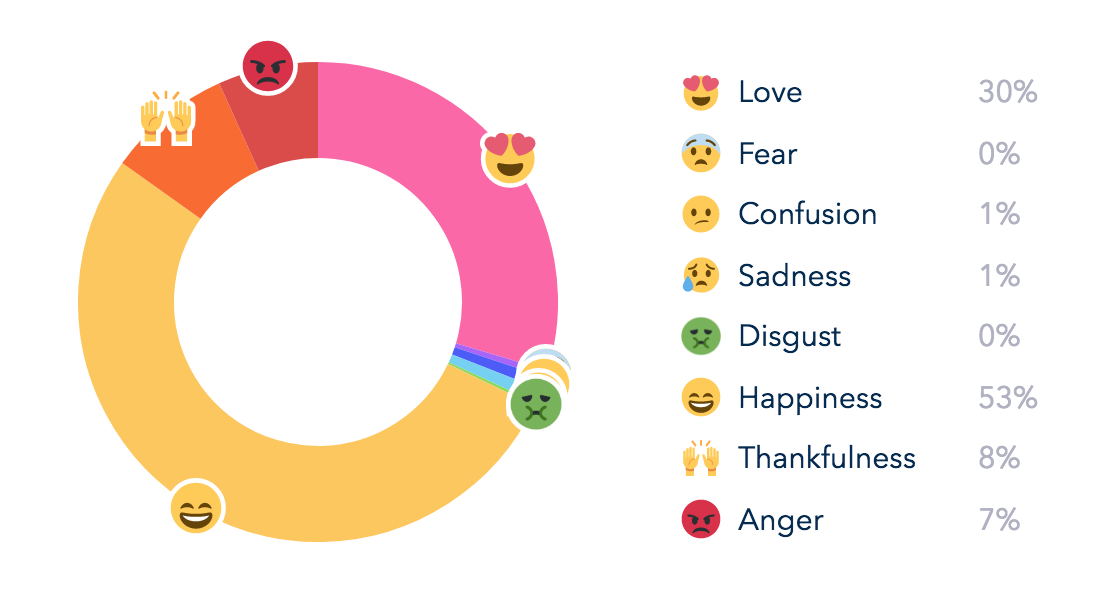 Zlatan Ibrahimovic returned to the Manchester United squad for the first time since injuring his knee last season, a good month ahead of schedule. When asked how he managed to return so quickly, he gave a typically Zlatan reply…

Ibrahimovic on his recovery from injury:

Fans were pleased to see him return, with the positive upswing in conversation surrounding him testament to his popularity with the Manchester United fans and the general footballing community.

Of course, it wouldn’t have been a truly Zlatan performance without him attempting something crazy. The big Swedish striker is probably the only man in modern football who could return from a long lay off with a horrendous knee injury and go for a scissor kick on his first day back…

Only Zlatan Ibrahimovic's first effort after returning from a cruciate ligament injury would be an overhead kick. He's something else.

Mesut Ozil has come in for a lot of stick in recent weeks, after accusations that the World Cup winning midfielder goes missing in big games. On Saturday lunchtime, however, the German star really proved the doubters wrong with a Man of the Match performance in the North London derby to help his side to a 2-0 victory. Conversation about him on social media saw an overwhelming positive upswing in comparison to his last performance, with positivity increasing 46%.

Love was the most common emotion from fans discussing Ozil (43%), with a further 35% of emotional reactions expressing happiness. 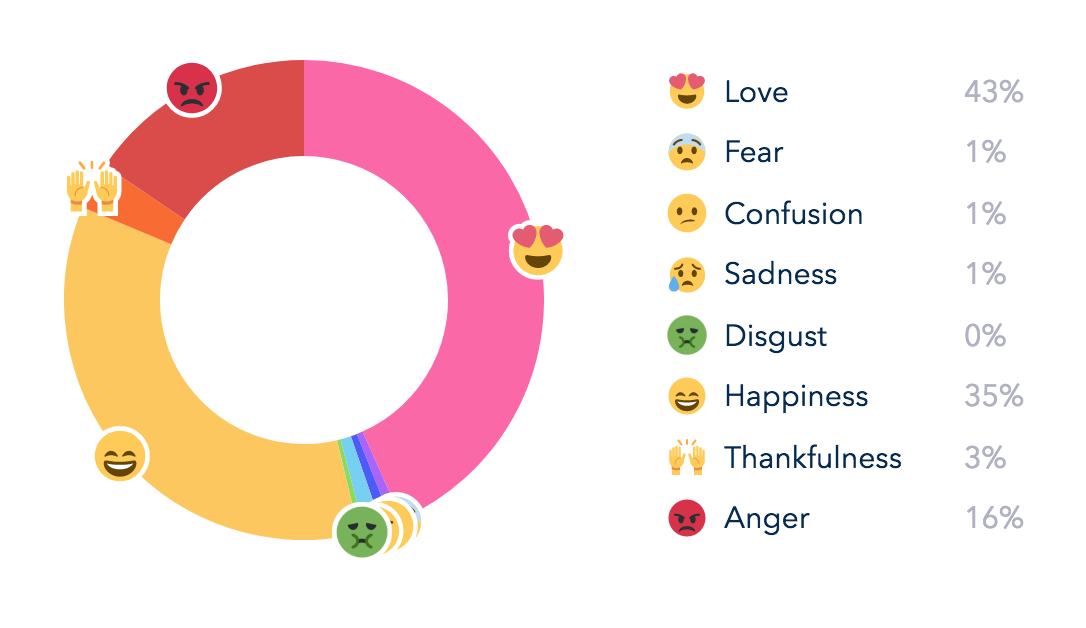 Zlatan was one of the most talked about players this week, meaning he also makes the leap to 2nd on our Who’s Hot Leaderboard, with a 4,965% increase in conversation. Michy Batshuayi, out with an ankle injury, was able to lead Chelsea fans in their appreciation of Eden Hazard. The Belgian striker saw a 5,413% increase in the conversation surrounding him as a result, seeing him top the leaderboard.

Davinson Sanchez’s contentious foul led to the Arsenal opener, scored by Shkodran Mustafi, meaning the two centre backs were third and fifth respectively on the leaderboard. Will Hughes scored the first and assisted the second as Watford saw off West Ham on Sunday, as the promising English midfielder made his first real impression on the 2017/18 season.