Not so Cleverley done…

An impressive week for Blurrton Albion saw our fantasy football team pick up 65 points and move up to 6th place in the office league. There was no movement in the top 3 places, but the bottom 5 all moved either up or down, with Gylfi as Charged moving up and Ivory Toast getting off the bottom for the first time in months. InSane Squad and Boom Xhaka Laca both dropped down. With the Christmas rush approaching, it’s time for teams to really show if they’ve got what it takes to make an impact on the top 3 into the second half of the season. For a reminder of how our social media experiment works, click here.

Cleverley Lets The Side Down

Willian was the team’s top scorer this midweek, picking up 16 points as Chelsea beat Huddersfield 3-1. The Brazilian midfielder scored 1, assisted 2 and picked up 3 bonus points as his side proved to be too strong for the Yorkshire outfit. David de Gea second top scored, getting 11 points as Manchester United beat Bournemouth 1-0. His clean sheet and 7 saves contributed to United’s victory, earning him 3 bonus points along the way. Team mate Romelu Lukaku scored 10 with his captain’s bonus, as the Belgian striker returned to scoring ways in the Premier League after a long goal drought.

The three defenders all picked up more than the standard 2 points, with Angelo Ogbonna scoring 7 as West Ham kept another clean sheet. His 1 point bonus saw him add one point more than team mate Arthur Masuaku, who scored 6. Marcos Alonso also scored 6 as he added an assist for one of Chelsea’s goals against Huddersfield and earning 1 bonus point in the process. Laurent Depoitre came in as an automatic substitute and added 5 points, as he scored the Terriers’ consolation goal.

Mesut Ozil could only manage 3 points as Arsenal only drew 0-0 with West Ham, whilst Alexandre Lacazette didn’t play enough minutes to even score 2 points. He, along with Spurs midfielder Dele Alli, only added 1 point to the total. They still did better than Watford midfielder Tom Cleverley, however, who managed to get sent off as Watford lost 2-1 to Crystal Palace, earning himself -1 points and a suspension. As a result, the former Everton and Manchester United player will be the first player transferred out.

However, as a result of the saved transfer that we have left over from the weekend, Cleverley won’t be the only one on his way out. With three subs all scoring 0 after not playing a single minute, it’ll be down to the levels of conversation to see who drops out of the side this week… 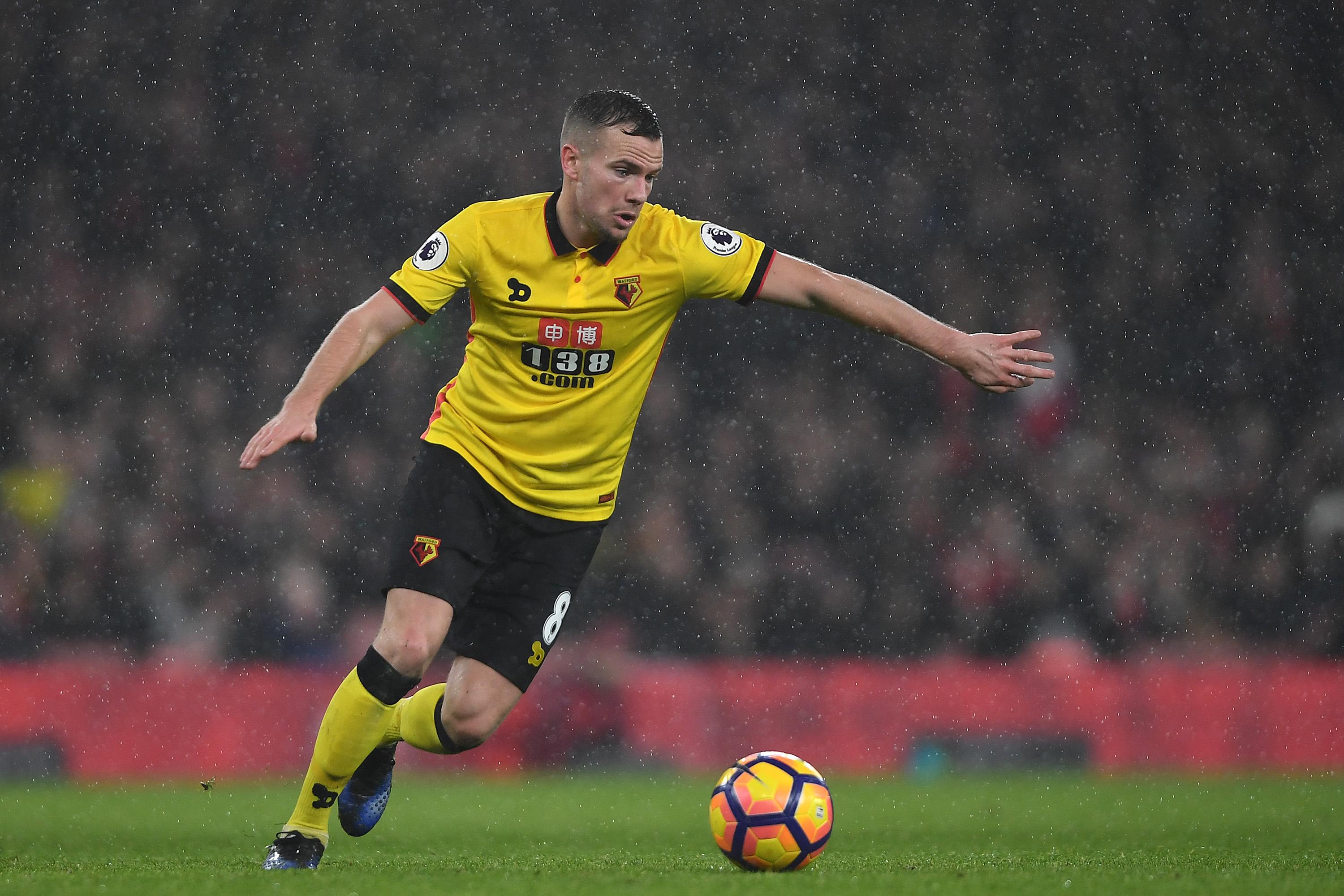 James Milner (70 tweets) and Victor Lindelof (24 tweets) will live to play another day, as their limited levels of conversation were still just about enough to beat Renato Sanches (10 tweets). The Portuguese teenager will be transferred out with Cleverley, giving us a budget of 10 million for two midfielders.

Tiemoue Bakayoko (6,575 tweets) performed well for Chelsea, earning him some mild redemption amongst Chelsea fans and a recall to the Blurrton Albion side. Costing 5 million, his transfer meant that it was impossible to sign Jack Wilshire (5,008 tweets, 5.4 million), who, alongside team mate Alex Iwobi (3,139 tweets, 5.1 million), was just that little bit too expensive. Instead, Crystal Palace’s James McArthur (932 tweets) will be brought into the side, costing just 4.3 million and adding some much needed steel to the Blurrton midfield. 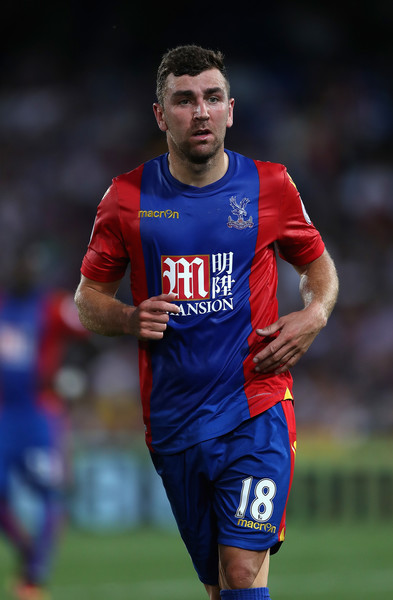 Lukaku (24,629 tweets) was once again the most talked about player in the entire Premier League over the course of the match day, meaning he will once again take on the captaincy. Willian (8,860 tweets) will take on the vice-captaincy. Bakayoko comes straight into the starting 11, whilst Lacazette (4,241 tweets), de Gea (3,468 tweets) and Alonso (1,872 tweets) all keep their places in the team.

Ozil (1,482 tweets) and last-minute-goal-hero McArthur both join the others in midfield, with Depoitre (714 tweets) getting the chance to start up front. Dele Alli (126 tweets) therefore has to drop to the bench, as we have the full allocation of midfielders and strikers already. The final two defenders will be Masuaku (113 tweets) and Ogbonna (80 tweets). Milner and Lindelof therefore start on the bench, with Lindelof taking the third and final spot on the automatic subs list. 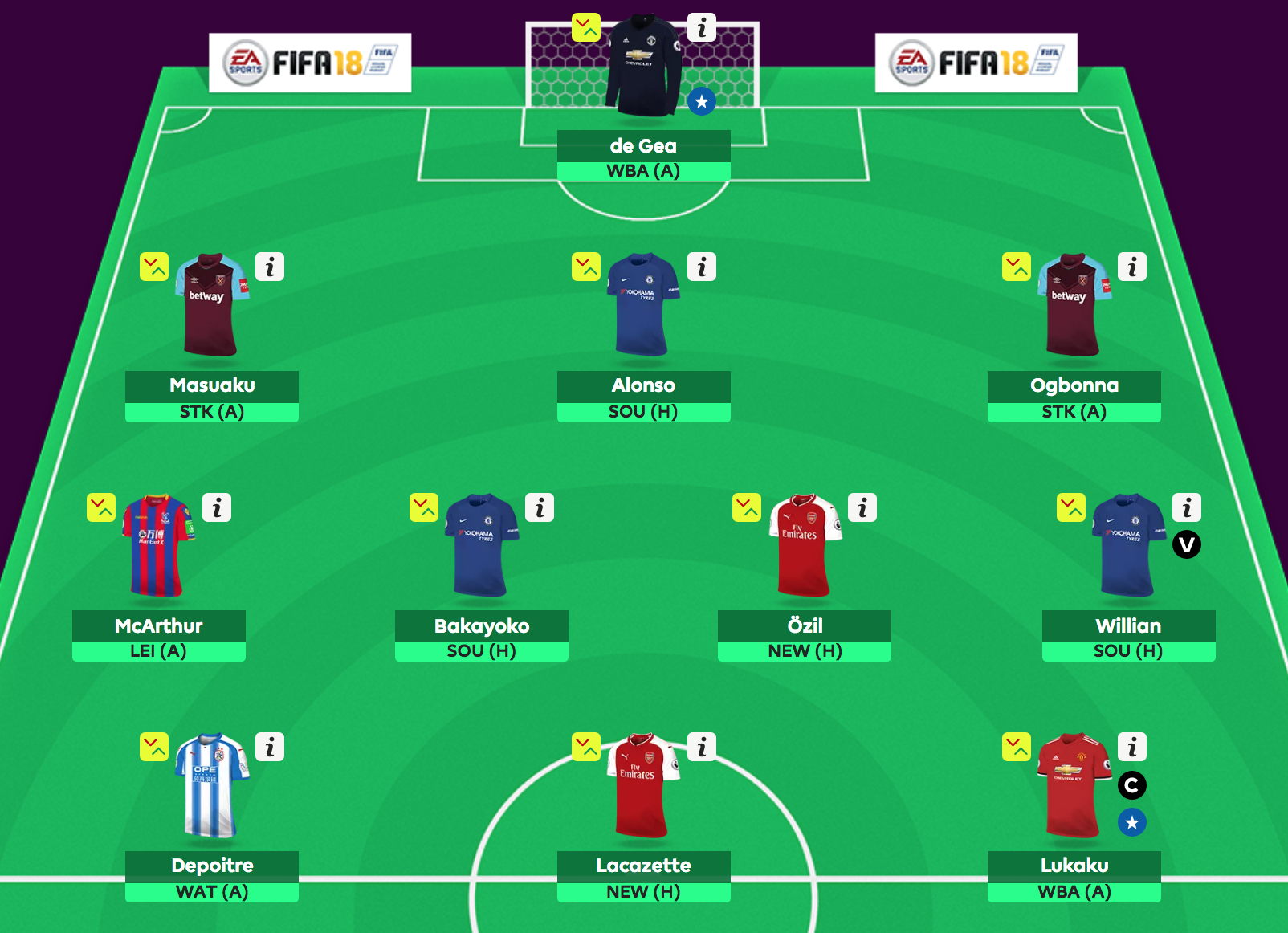 We await Game Week 18 with excitement! Can Blurrton Albion match their Week 17 total, or even better it? Find out next week!

If you want to find out more about how our social media data can be used to generate interesting and unique content just like this, contact Ali at alistair@blurrt.co.uk