The Masters concluded last night in Augusta, with the whole world watching on as Patrick Reed held off a stunning day 4 charge from Jordan Spieth and a more prolonged chase by Rickie Fowler to take the fabled Green Jacket and add his name to the illustrious list of previous winners. We took a look at the social media conversation surrounding the event to discover how Twitter users felt about their new champion.

We collected 137,970 tweets during day 4 of the Masters, with a very high 35% positivity (9% negative, 56% neutral). Of course, much of that positivity celebrated the winner, Patrick Reed, and the day’s storming success, Jordan Spieth, demonstrated by the two most used words within our data: “congratulations” and “congrats”. “Fun”, “exciting” and “enjoy” also made the top 10, underlining what an entertaining finish fans were treated to.

I was just going to sit down for a few minutes to watch, but then ended up staying and watching every minute of it. That's how exciting it was. Great play. Great. tournament. Great entertainment. Great fun to watch!

Emotionally, happiness was the overwhelming feeling of the day. 66.4% of emotion bearing tweets expressed how happy the users were about the day’s golf, as well as obviously congratulating the winner. One excited fan, a Donald J. Trump, added his congratulations to the chorus. His tweet was retweeted 2,686 times in our data set, around 16% of the total “happy” conversation.

Congratulations to Patrick Reed on his great and courageous MASTERS win! When Patrick had his amazing win at Doral 5 years ago, people saw his great talent, and a bright future ahead. Now he is the Masters Champion!

The President couldn’t take the focus away from Augusta for too long, however. Despite some angry replies and quote tweets about the fire at Trump Tower and the chemical attack in Syria, Trump failed in the one thing he’s usually good at: becoming the centre of attention. That’s because Reed wasn’t the most popular competitor, contributing to 10.4% of all emotion bearing tweets being angry. Accusations ranged from his controversial time playing at university, to his former choice of caddie…

Cheat ✅
Steal ✅
Cut off your family ✅
Make everyone hate you ✅

Congrats on winning #TheMasters, Patrick Reed. Say absolutely none of us.

Can’t stand Patrick Reed. His tiny wife used to caddie for him and apart from his bag weighing 50lbs, he used to throw clubs at her after making bad shots. No class. I hate that he won The Masters. pic.twitter.com/vfTBhasVJg

Overall, however, the majority of the conversation was positive. 9% negativity cast a slight shadow over Reed’s big day, but the overwhelming majority of tweeters were happy for him and enjoyed a top quality day’s golf. The conversation was dominated by male voices (56% to 11% female), underlining just how male-oriented golf remains, but our audience analysis allows us to dive a little deeper into just who was getting involved in the conversation about Championship Sunday at Augusta. 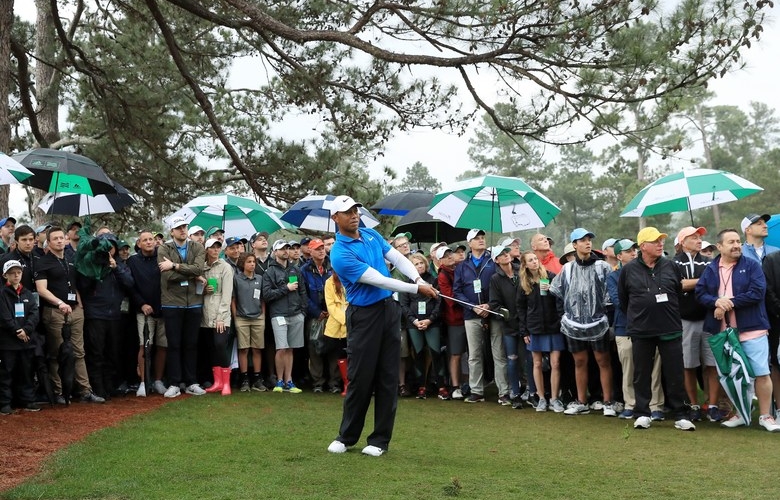 Despite recent liberalisation of golf club rules around the world, golf conversation is still dominated by men

29% of the 24,383 users who identify as lovers of sport in their Twitter bios identified themselves as golf fans. The fact that 71% of the conversation was by non-golf fans demonstrates just how popular the Masters is with the general sporting tribe. The draw of the world’s arguably most well known tournament continues to this day, with fanatics of all creeds watching on Sunday. Football, NFL, MLB and NBA fans were the other most common groups of fans, with 52% of users interested in sport belonging to those 4 major tribes. 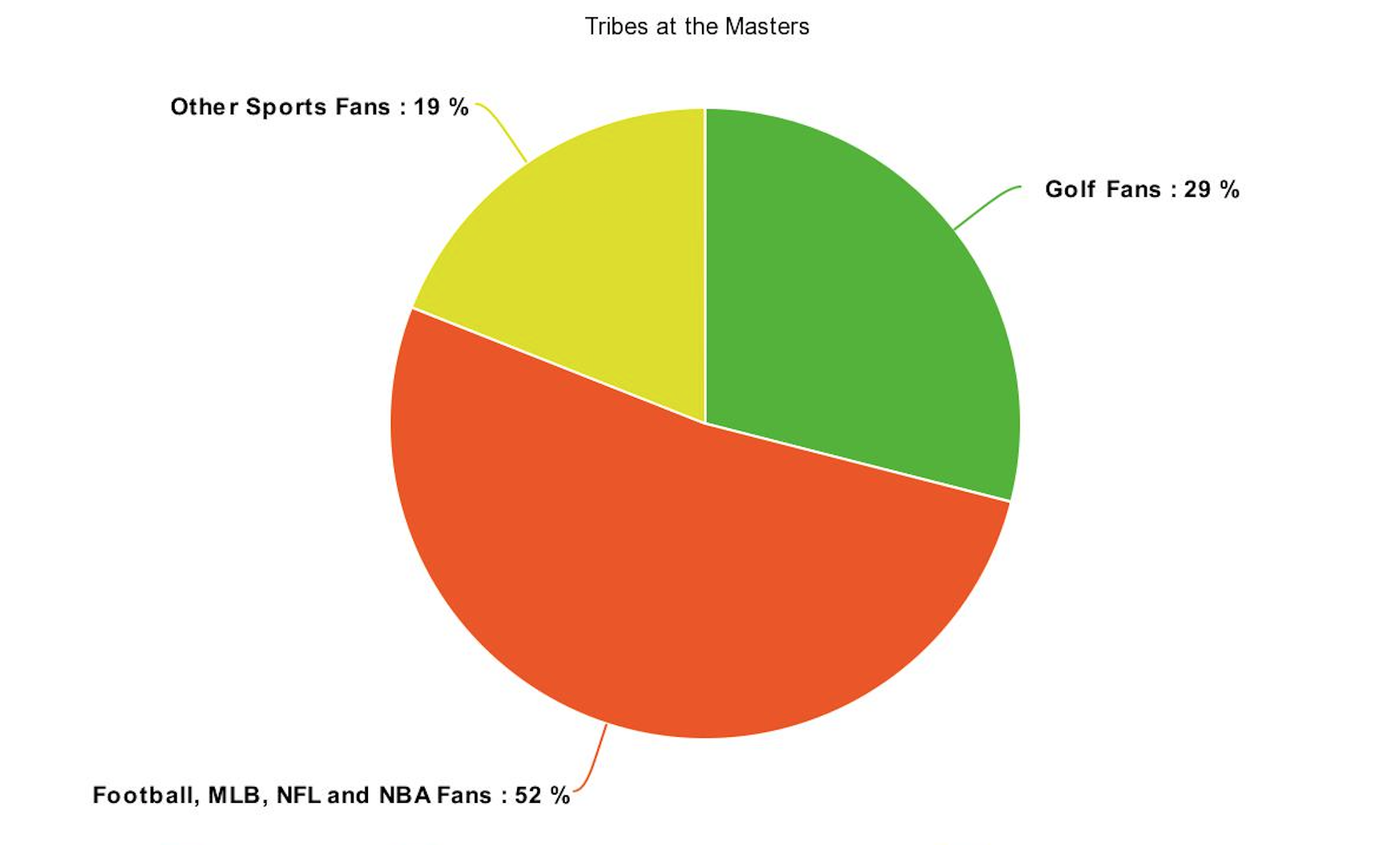 Twitter celebrated Patrick Reed’s victory on Sunday at Augusta with plenty of positivity and happiness, but there were some detractors who still wanted their voices to be heard. Whatever may or may not have happened in Reed’s past can certainly be consigned to history now, with that famous Green Jacket becoming the thing that most of the world will recognise him for.

If you’re a broadcaster, advertiser or brand analyser and you want to find out more about how Blurrt’s social media analytics can help you understand your audience better, contact Ali at alistair@blurrt.co.uk