With midweek games in the Premier League this week, we decided to wait until Thursday for a full update. This will give us a double transfer to use too, which is very exciting and might see the team shaken up slightly. For a reminder on how our crowd-sourced team works, click here. 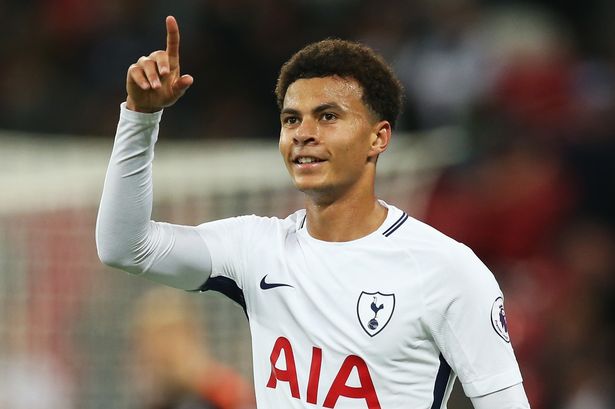 For now, here’s a quick update on the scores and the line-up changes prior to tonight’s games.

Mesut Ozil’s injury meant that our captain was left sitting on the bench this week. Vice-captain Alexandre Lacazette was unable to make any inroads against Burnley’s stubborn defence, meaning he scored 4 points after his captain’s bonus. All 5 defenders played, with none of them keeping a clean sheet but none getting booked either, meaning all 5 of them scored 2 points. Tiemoue Bakayoko and Romelu Lukaku also both did nothing more than complete the minimum number of minutes, meaning they only added two points each.

In midfield, Dele Alli and Willian both scored 6 points to give the week’s score some respectability, with goalkeeper David de Gea also adding 6 after his clean sheet against Brighton. Alli got an assist and 1 bonus point as Spurs came back to draw with West Brom, whilst Willian scored after coming on for Chelsea to earn his side a point against Liverpool. On the bench, Tom Cleverley’s Watford kept a clean sheet to give him 3 points, whilst Laurent Depoitre also scored 2 as Huddersfield lost to Manchester City.

All in all it was a pretty mediocre week for Blurrton Albion, with no one scoring enough points to the set the world alight, but nobody doing terribly either. The team finished the weekend with 36 points, sliding to 7th in the office league.

We can still change the team line-up, even if we aren’t making transfers, so here is your new starting 11 for the midweek fixtures.

Willian (16,167 tweets) will captain the side for the first time this season, after his winning goal against Liverpool provided Twitter with plenty to talk about. Team mate Bakayoko (10,076 tweets) will be the vice-captain despite a poor performance against the Reds, after he was the second most talked about player in the squad.

Lukaku (6,245 tweets) and Lacazette (3,362 tweets) keep their places up front, whilst James Milner (2,620 tweets) will also stay in the side after being the most talked about defender. Alberto Moreno (1,648 tweets), Ozil (1,444 tweets) and Alli (1,424 tweets) all stay in the starting 11, despite Ozil’s illness and unsure status for Arsenal’s home clash with Huddersfield. Marcos Alonso (904 tweets) takes the third defensive spot, with Ragnar Klavan (788 tweets) taking the final place in the starting 11. David de Gea (387 tweets) starts in goal as always.

Arthur Masuaku (533 tweets) will be the first automatic substitute, with Depoitre (81 tweets) and Cleverley (19 tweets) taking the second and third places on the bench respectively. 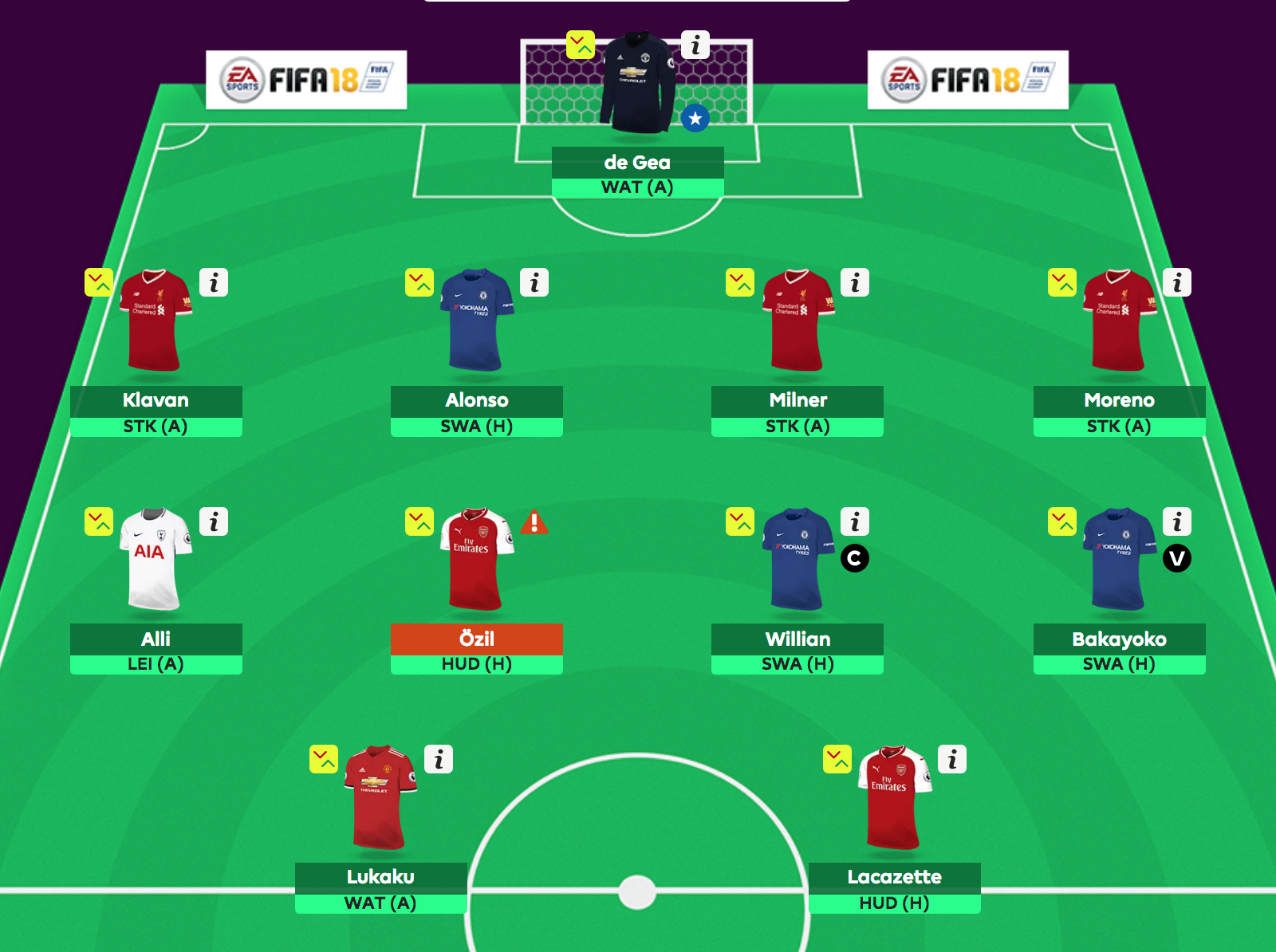 Starting 11 for the midweek games

Check back later in the week to see who we will be transferring in and out after the evening games!

If you want to find out more about how you can create unique and interesting content using our Sports Hub, contact Ali at alistair@blurrt.co.uk