After slipping down the table last week, Blurrton Albion returned to form this week with a boost up to sixth on the leaderboard. Before the Brighton match on Monday night our Albion were actually joint fifth with Ali’s team, but he had Gross from the other Albion and so pulled ahead into sole possession of fifth place, leaving Blurrton Albion in sixth.

A good week for Albion (fully focussed on Blurrton now) saw the side pick up 56 points, including a couple of double-digit-point performances from the team’s stars. Marcos Alonso was the team’s highest scorer this week after he picked up 14 points in Chelsea’s 4-0 win over West Brom, scoring one goal and keeping a clean sheet whilst also picking up 2 bonus points. Romelu Lukaku scored 12 points after adding a goal to Manchester United’s tally as his side won 4-1 against Newcastle.

Alexandre Lacazette added 5 points to the total after helping himself to an assist in Arsenal’s 2-0 North London derby win over Spurs, despite fan’s frustrations at his early withdrawal by Arsene Wenger. Mesut Ozil contributed 6 points after helping the Gunners to a clean sheet and getting an assist himself. Alberto Moreno also added 6 after keeping a clean sheet with Liverpool against Southampton.

A couple of other players added 3 points, with Tiemoue Bakayoko, Tom Cleverley and David de Gea all adding a minor bonus to the standard 2 points. Dele Alli added 2 points after a poor performance for Spurs, with James Milner and Willian only adding 1 point each. On the bench, Laurent Depoitre scored 2 points and Arthur Masuaku scored 1, meaning there weren’t too many points left hanging.

Ahmed Hegazi was the only player to score 0 points this week, after his West Brom side conceded 4 goals to Chelsea, wiping out the 2 points he scored for playing the full 90 minutes. As a result the central defender will be the player transferred out this week, to be replaced by a defender costing £4.7 million or less.

Ragnar Klavan (295 tweets) will be added to the squad as the third Liverpool player (and third Liverpool defender), costing £4.3 million. The Estonian played on Saturday as the Reds kept a clean sheet against Southampton and Blurrton Albion will have to hope he continues to get playing time in the coming weeks.

Depoitre (29 tweets) will stay on the bench and is joined by Moreno, with the automatic sub order being Moreno, then Cleverley, then Depoitre. 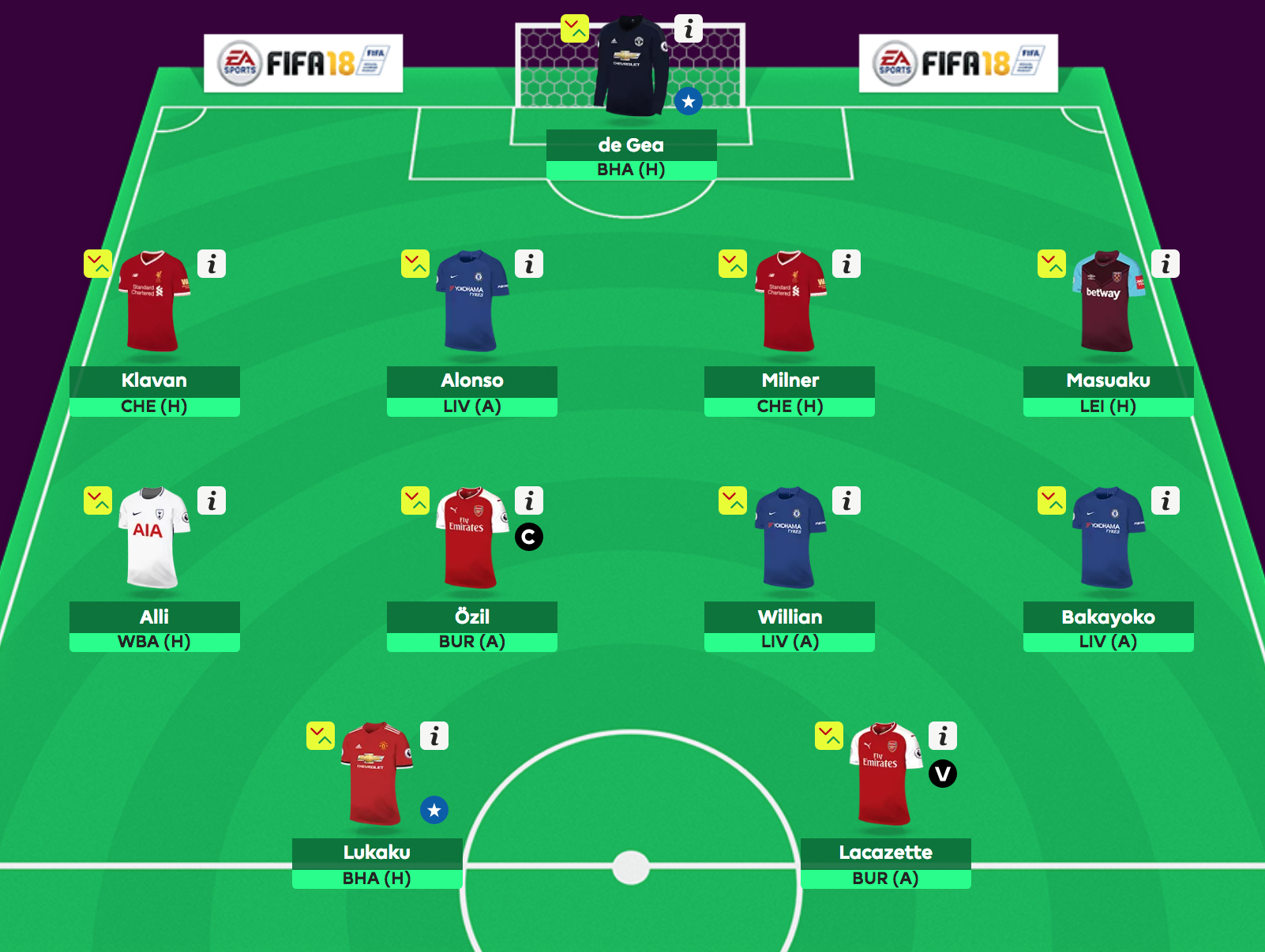 With so much left to play for this season, keep an eye on how Blurrton Albion get on as the crowd-sourced team looks to push on into the top half of the table.

If you want to find out more about how Blurrt can provide you with the data and anaylsis to create unique content like this, contact Ali at alistair@blurrt.co.uk