He Gets All The Best Giggs

Former Wales and Manchester United winger Ryan Giggs was announced as the new manager of the Welsh football team on Monday, despite having only taken charge of a few dead rubber fixtures at the end of David Moyes’ ill-fated season at United. Giggs is arguably an under-qualified candidate at best, especially given his sometimes questionable attitude to the Welsh national team when he was a player, but we took a look at the social media story to see what fans were saying about the appointment and whether they considered Giggs a risk worth taking.

“I am so proud to have been given the honour of managing the National Team."#CroesoGiggsy #TogetherStronger

First up, Manchester United fans were quick to congratulate their legendary winger on his new job, with some even hoping he could do a great job with Wales in order to bolster his CV enough to take over the hot seat from Jose Mourinho at Old Trafford. United themselves took to Twitter to send their best wishes to the wing wizard, with their congratulatory tweet receiving around 11,000 retweets and over 34,000 likes.

One of the most liked replies (which didn’t involve the words “announce Sanchez”…) was this from Ian Cullen, expressing his hope that Giggs could come back and take the reigns at Old Trafford someday.

Prove your worth giggs and then take over at Utd👍🏻

When we filter tweets to just show responses from Manchester United fans, we can see just how positive the reaction was to the news. Giggs is a United legend and the fans were clearly very excited to see “one of their own” get a new job with one of the most exciting national team projects in world football. 67% of tweets by United fans were positive, whilst emotion-bearing posts were overwhelmingly “happy”, with 92% of tweets displaying their joy at the new role for Giggs.

Overall, happiness was the most expressed emotion too, with 72.9% of tweets sharing their excitement at the appointment. 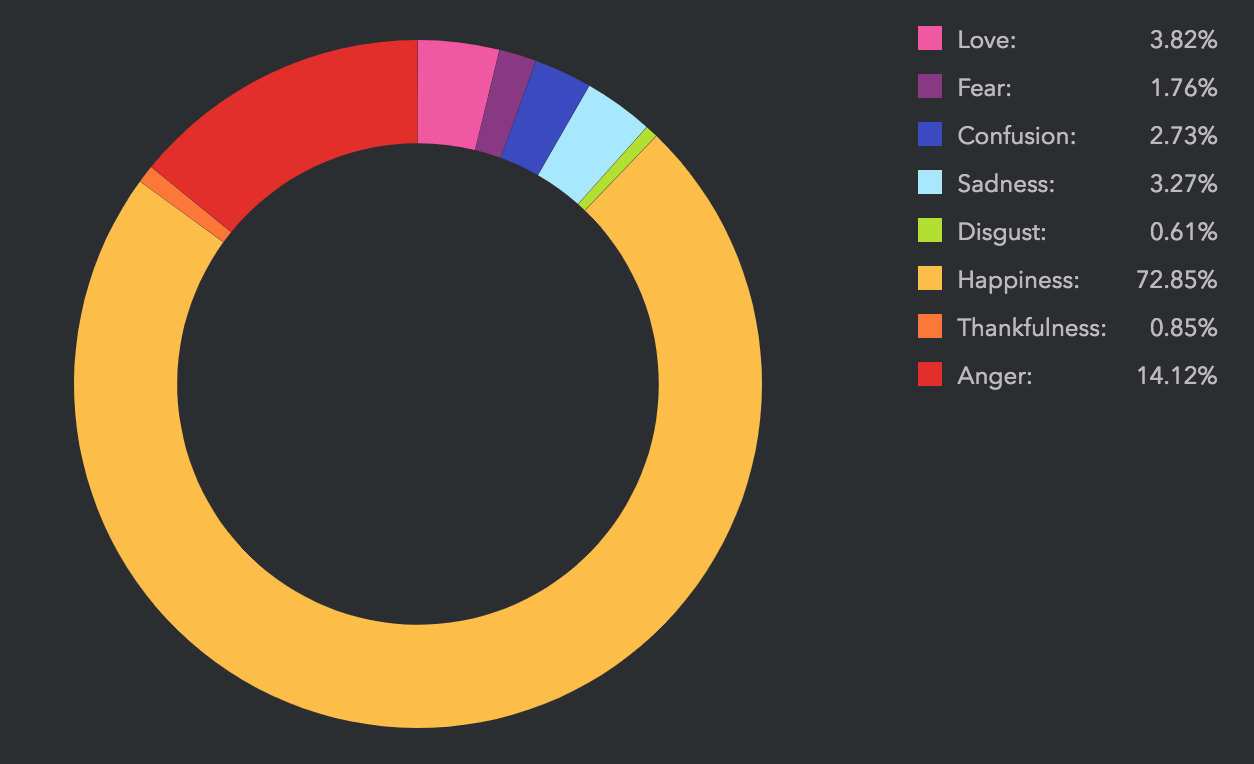 However, a decent number of those tweets mocked the fact that Giggs never used to show up to friendlies as a player and was, umm… “involved” with his brother’s wife…

"Ryan Giggs" lost legal injunction to hide affairs, spent International weekends on his brothers wife, congrats @FAWales on hiring an all round snake

We all know about your idea of fun, pal https://t.co/gWK8nSUEYX

There were also legitimate concerns about his lack of experience and overall attitude to getting a managerial job, contributing to 14.1% anger and 3.3% sadness.

*Apologies for the language*

A man that could give a shit about playing for his country, and couldn't be bothered to cut his teeth in the football league because he got rejected for the United job so he has no real experience.
Only got the job based on his name alone.
I only see this flopping. https://t.co/ADS3iJOOWk

Not sure whose got worse deal. Wales appointing Giggs or Stoke appointing Lambert both laughable appointments #Wales #stoke

Giggs is an arrogant prick, dunno how he got the Wales job, thinks he’s too good to cut his teeth in the lower leagues because he was a good player and he took charge for 4 Utd games at the end of season.

Maradona was far a better player and he’s a shit manager. Means nothing.

Whilst the tweets we analysed demonstrated 49% positivity, it’s clear that not all of that “positivity” was supportive of Giggs, with plenty of jokes coming from both Wales fans and outsiders (in other words, it’s not just a bunch of Englishmen taking the p***). This video, of Giggs’ final team talk as United caretaker manager, maybe sums up the feelings of those disgruntled by the appointment but who prefer to make jokes rather than immediately run up the white flag.

Some fans certainly intended to see the best of things, advising caution and hope as a good starting point, especially considering the fact that Giggs hasn’t taken charge of a game yet.

@FAWales @WelshFootieFans I was gutted when Coleman took charge of our national team and he massively proved me wrong lets hope Giggs can do the same .. Good luck lad

It’s safe to say Giggs will have a much tougher debut than most international managers on 22nd March, when his side take part in the China Cup. Whilst the result might not be the most important thing to the Wales faithful, seeing how well the side is set up and how involved Giggs will be on the sideline could come to define his career in the Welsh dugout. Based on conversation on Twitter, he really has some work to do to get Welsh fans onside.

If you want to analyse the social media reaction to breaking news and sport stories, then get in touch! Ali can tell you everything you need to know about what Blurrt does and how we can help you break down the key developments and opinions. Contact him at alistair@blurrt.co.uk