Celtics storm back to beat Warriors

The Boston Celtics defeated the Golden State Warriors last night to extend their winning streak to 14 games and lay down a marker to the rest of the NBA. The Warriors blew a 17+ point lead for the third time this season (after the Houston Rockets on opening night and the Detroit Pistons), ending their 7 game unbeaten streak in the process. 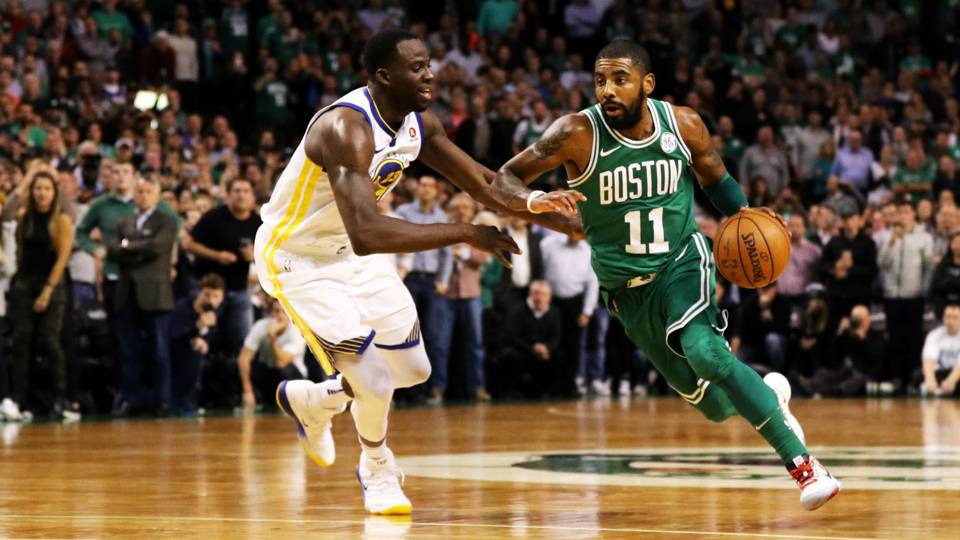 Celtics star Kyrie Irving was the subject of one of the major trades of the summer, as he left LeBron James and the Cleveland Cavaliers to join Boston in a move which was intended to elevate him above “The King”. Kyrie proved his worth despite not playing his best last night, shooting 16 points and adding 6 assists to help his side beat one of the greatest teams of all time and add to speculation that the Celtics could be the team to beat in the Eastern Conference this season.

"He (Irving) was able to get to the foul line and overcame a tough shooting night," says Stevens. "Great players find a way to score when it’s all on the line."

Tweets mentioning Kyrie were split 21% positive – 16% negative (63% neutral) as fans of both sides (and the Cavs) weighed in on his performance, the fact he removed his face mask mid-way through the game, and… Well, a now infamous expletive he directed at a Philadelphia 76ers fan just before the Celtics embarked on their 14 game unbeaten run.

The Boston Celtics are 14-0 and have defeated the defending champion Golden State Warriors since Kyrie Irving told a fan to "suck my dick."

The Celtics have the best record in the NBA right now and will be hoping they can go all the way to the NBA finals for the first time since 2010 and even have fans dreaming of a first title since 2008. Warriors star Steph Curry agreed that the Celtics were one of the best teams in the league and could well be the Eastern Conference champions as a result of the Cavs struggling at the start of the season.

Stephen Curry on whether he’ll be back in Boston in June: “It’s looking very, very likely right now.”

Emotionally, fans were split. Anger made up 39.15% of tweets as Warriors fans were annoyed at their team throwing away a double digit lead again, whilst the “suck my d*ck” tweets also provoked a lot of annoyance. Happiness was the second most expressed emotion, as 28.4% of tweets shared users’ enjoyment of the game, the Warriors collapse and the Celtics victory. Love was the other widely expressed emotion, with 18.1% of emotion-bearing tweets spreading the love for Kyrie and his team mates. 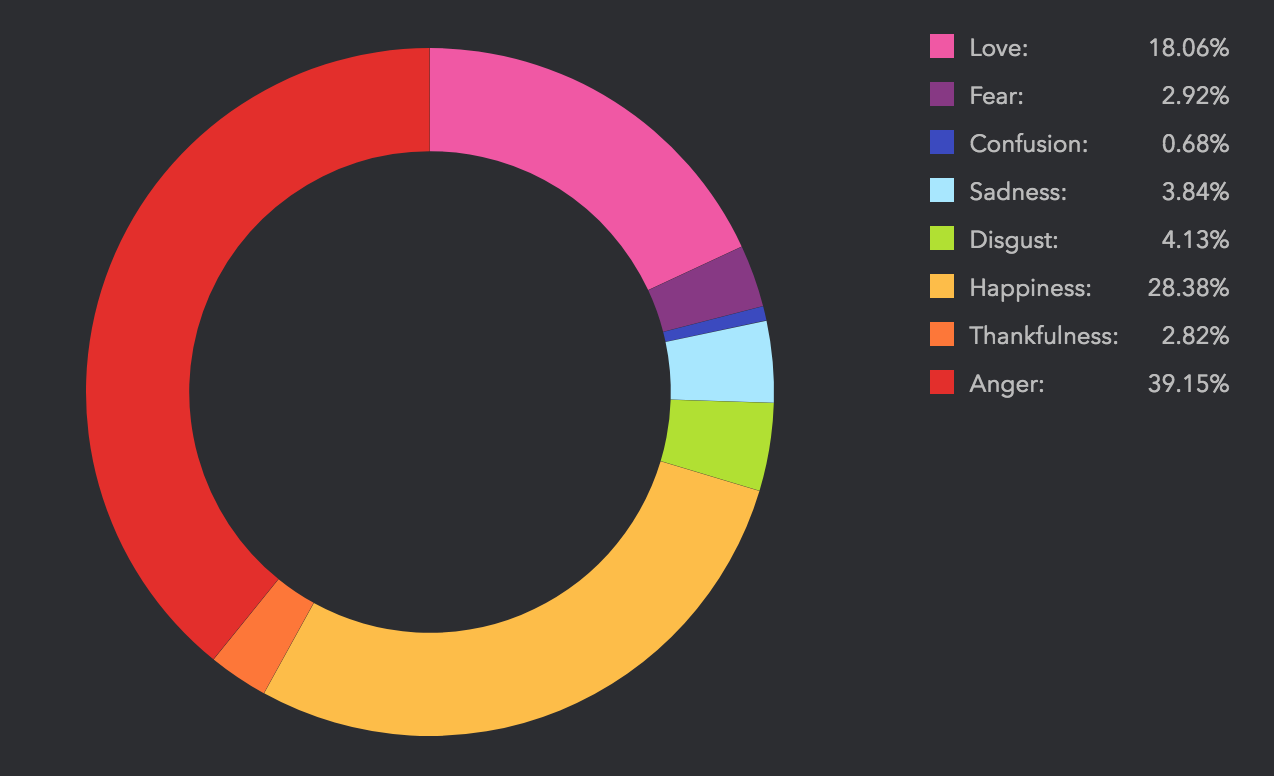 Players dominated the topics of conversation, with Celtics guard Jaylen Brown earning sympathy for playing after the recent death of his best friend, and All-Star Gordon Hayward being mentioned as a result of his side playing really well despite his absence after a nasty ankle injury.

Celtics coach Brad Stevens also featured regularly: the 41 year old is one of the top coaches in the league and arguably out-coached Warriors counterpart Steve Kerr during the game last night.

Why Brad Stevens is coach of the year already ☘️
– Lost Gordon Hayward in game 1.
– Best out of timeout play caller in the leauge.
– has won games while being down 15 plus 3 times
– has done so with KYRIE, HORFORD AND HAYWARD all MISSING games.
– On a 14 game win streak!

Steve Kerr is the reason they lost….Bad coaching decisions

Before the game, NBA analyst and Hall of Famer Charles Barkley claimed that the Celtics defense couldn’t hold the Warriors to under 94 points, a prediction which turned out to be wildly inaccurate. As sports fans tend to, Celtics fans were all over Barkley’s scorching hot-take after the game…

Before the game Charles Barkley said the Celtics wouldn't win and they wouldn't hold Golden State to 94 points.. "I promise you that"

How you feeling now, Chuck?

He got stick for suggesting the Celtics wouldn’t even beat teams inferior to the Warriors, which also didn’t go down well…

After hearing Charles Barkley say he don't know if the Celtics can beat the Wizards or the Raptors… pic.twitter.com/uXpw84dOrw

And finally, Kyrie might have started something uncontrollable here…

CHARLES BARKLEY CAN SUCK IT!!! #Celtics

So are the Celtics the real deal? Should Warriors fans be worried? Can the Cavs return to form and challenge Golden State? Will James Harden lead the Rockets to the finals as MVP? And what do the fans think about all of this? We will be keeping an eye on the NBA as the season progresses, analysing fan reactions to all the biggest moments and understanding the social media story behind the sporting action.

To find out how our Twitter analysis could help you generate awesome content, get in touch with Ali at alistair@blurrt.co.uk